It was in late July 2015 when it became known that the world of ceramist Ben Medansky had literally gone up in flames. Already a celebrated Los Angeles artist, Medansky was busy riding the wave as one of the country’s emerging new creatives – a prolific and talented designer whose ceramic mugs, pipes, and other earthenware designs inspired by the PoMo-Memphis Group are resurrecting of ceramics as both an art form and functional collectibles. It was that summer when his 3,000-square-foot studio, located in an industrial complex near Skid Row in downtown Los Angeles, went up completely in flames and burned to ashes. 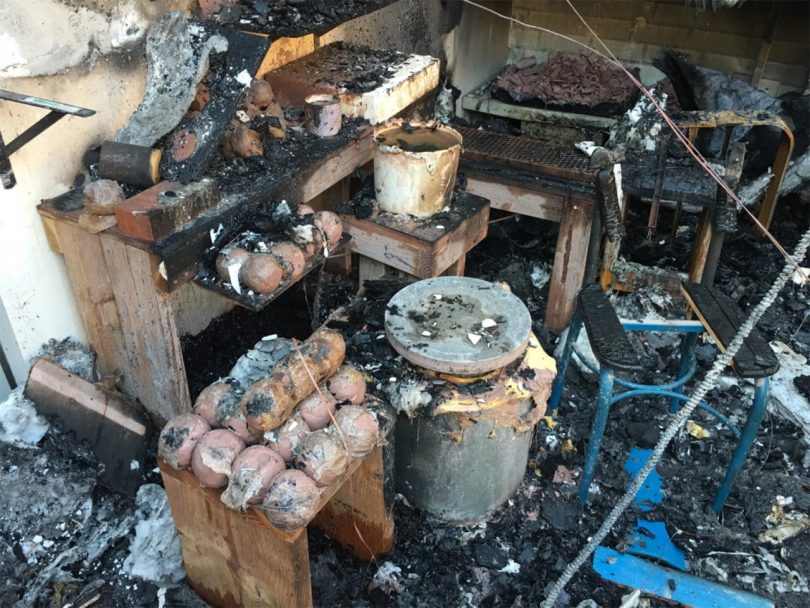 The charred remains of Ben Medansky’s studio in downtown Los Angeles in 2015.

“To be honest, I didn’t want to talk about it [the fire] a lot more, “Medansky remarks with solemn candor, speaking to us on the phone from his new live work studio in the Elysian Valley, Los Angeles, commonly known as Frogtown,” but knew when CERF + asked me to share my story I mean that I wanted to take part because they did everything for me. “

Founded in 1985 by artists for artists specifically from the craft community, CERF + was to prove to be a responsive and important source of help for Medansky. The remains of his studio were practically still smoldering when the organization contacted the artist directly. “I didn’t even have to call them, they called me!” Recalls Medansky, his voice still sounding appreciation for the flood of support he received from both the organization and the community: “They had over the network heard about the fire from friends and the creative community here in Los Angeles and immediately offered to help. “And, on their word, CERF + would provide quick funding to help Medansky get back on track quickly, without the worry and headache his insurance required. 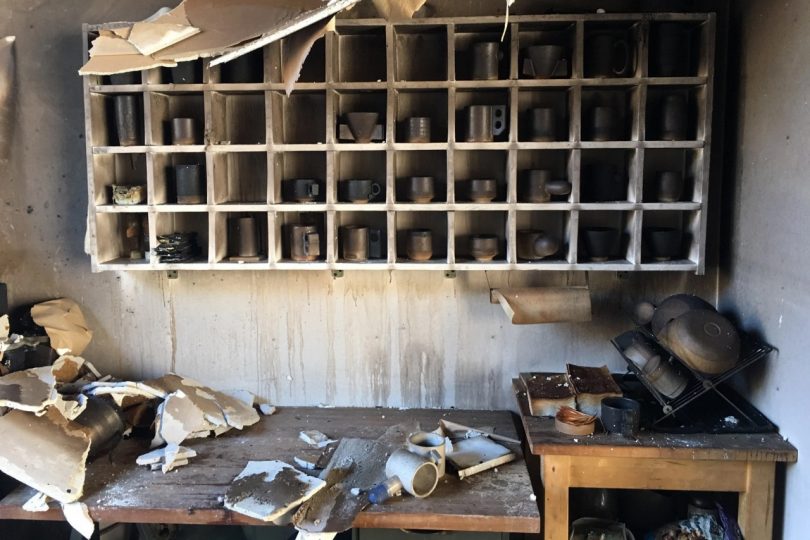 “Getting this immediate aid – along with a GoFundMe campaign – so quickly was definitely crucial,” he says. Medansky also credits the CERF + team for arranging an even more indispensable donation that would prove to be a catalyst for transformation. “They helped me get an oven, donated one from Skutt so I could get back to work right away, which was really great and led to the belief that I could really come back up and start over,” the artist recalls, his Voice was tinged with grateful enthusiasm during our call.

In addition to providing emergency aid to craftspeople like Medansky, CERF + ‘s core services revolve around educational programs, advocacy and networking, including information to inform the creative craft community about proactive assessment and emergency preparedness.

In 2020, the organization became a major lifeline for artisans during the COVID-19 pandemic, providing US $ 1,000 in COVID-19 relief grants to nearly 900 recipients to address dire circumstances surrounding housing, food and health insecurities to alleviate. “The help from CERF + was a ray of hope during the troubled lockdown period,” said Carolina Sardi, a Miami, Florida-based sculptor and recipient of a CERF + 2020 COVID-19 Aid Fellowship.

CERF + has also played an important role in helping artists, artisans, and individuals in Puerto Rico after Hurricane Maria, the 2020 earthquake, and most recently the pandemic, to more than 300 artists. Puerto Rican artisans like Carlos Rivera credit CERF + for providing emergency assistance to improve its workshop, including basic tools, machinery, and general working conditions at a time of recovery.

Craftsman artists didn’t see each other for a full year – and we discovered someone’s barn had burned down, someone was in a car accident, or someone was broken into a van and lost all of their crafts. 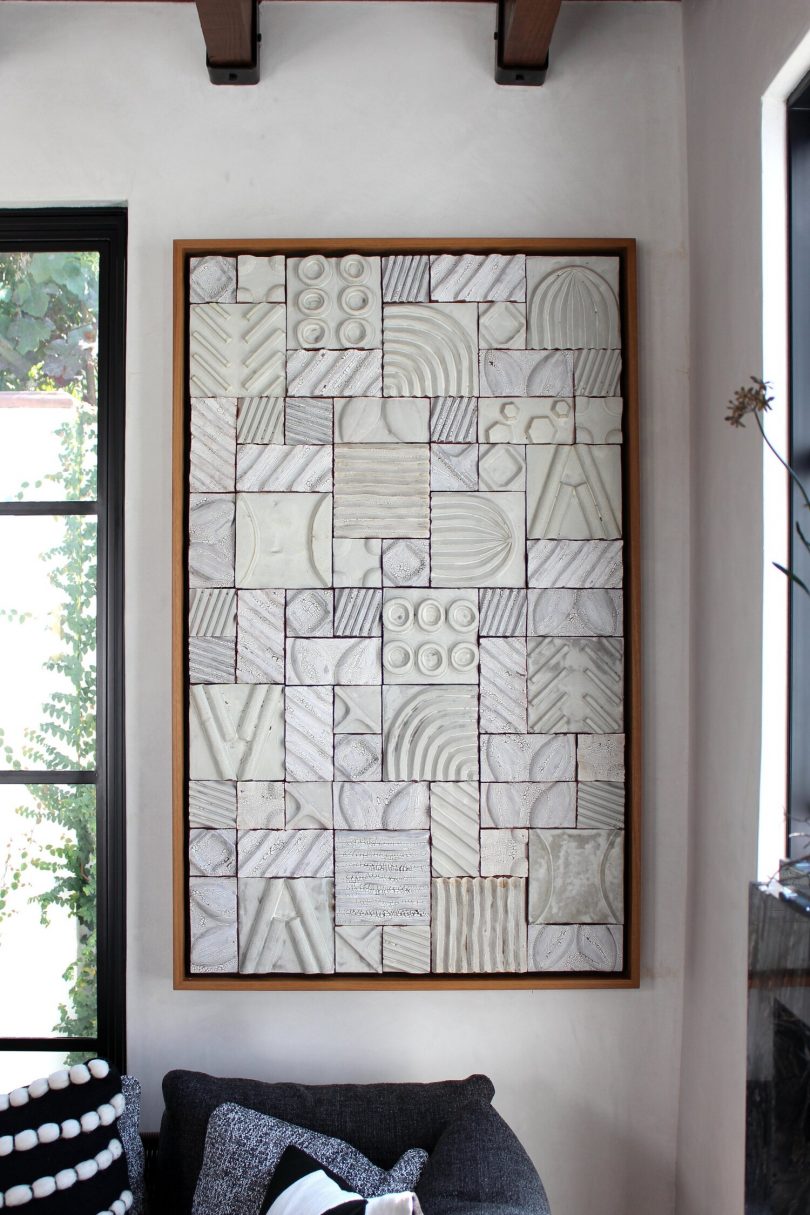 Today Medansky reflects his phoenix-like resurrection from the fire as an integral part of his artistic growth. Like the raw pieces of clay that were baked in his kiln, Medansky emerged transformed – if not a bit scorched – with a newly discovered commitment to researching projects and installations that go far beyond the limits of form, form and function, their production his previous studio was dedicated to, including plans for the design of sculptural water fountains. 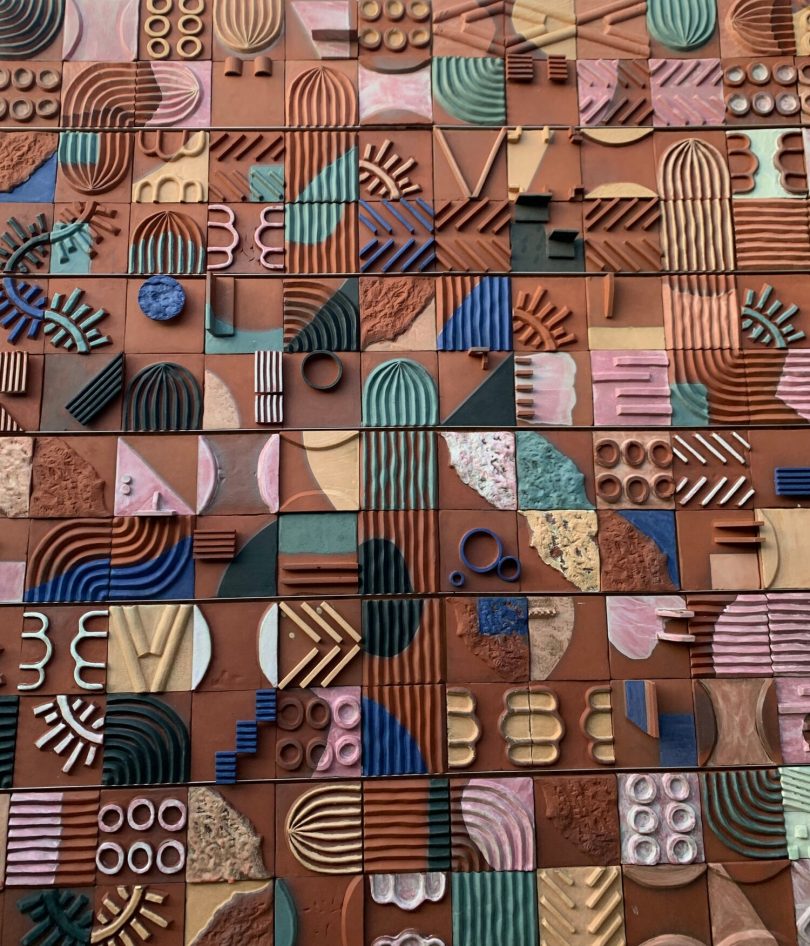 “I’ve worked on several larger installations for clients, ceramic murals, and more abstract works,” says Medansky, “I really love what I’m working on today … and I’m always grateful to CERF + for helping me get here.” 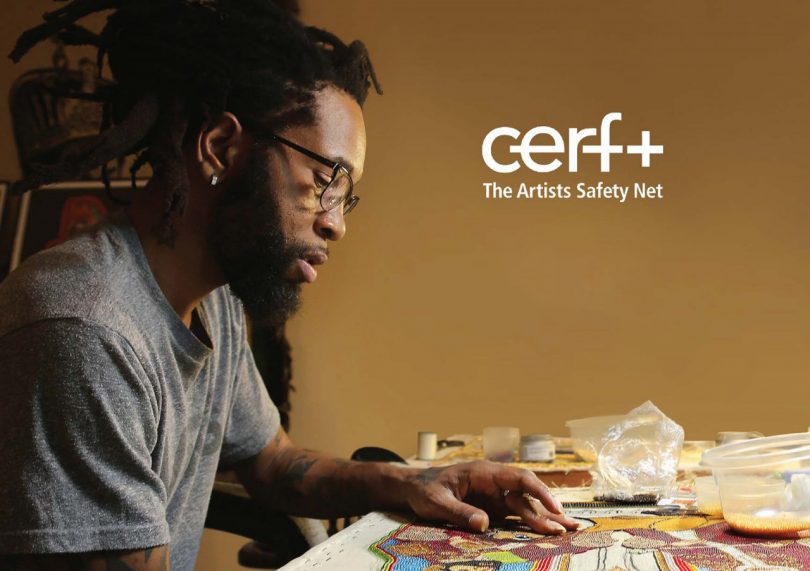 If you are a materials-based craft and traditional / traditional artist who has incurred significant medical costs related to treatment and recovery from COVID-19 and / or has recently experienced a career-threatening emergency such as an illness, accident, fire, or natural disaster is to ask for help here. If you would like to support CERF + in continuing to provide unrestricted funds to artists in need, donate here.

How to Rearrange Your Post-Pandemic ‘Friendscape’