The Swedish car marquee Volvo wants to be one step ahead by switching to an automobile line that consists of 50% fully electric models by 2025. This is an aggressive plan that follows a parallel path set by the brand’s electric power spin-off division, Polestar. The newly announced Volvo C40 Recharge, a fastback sibling of the Volvo XC40 Recharge, offers a glimpse into the brand’s intent to attract new customers with their first vehicle designed from the ground up as a battery-powered vehicle.

Volvo describes the C40 Recharge as a streamlined vehicle that has the “advantages of an SUV, but a lower and sleeker design”. In fact, the smaller, rugged profile of the C40 Recharge seems to suggest a design that is designed to optimize emission-free performance while maximizing interior comfort. This is one of the most notable advantages of most vehicles that run on an all-electric platform. 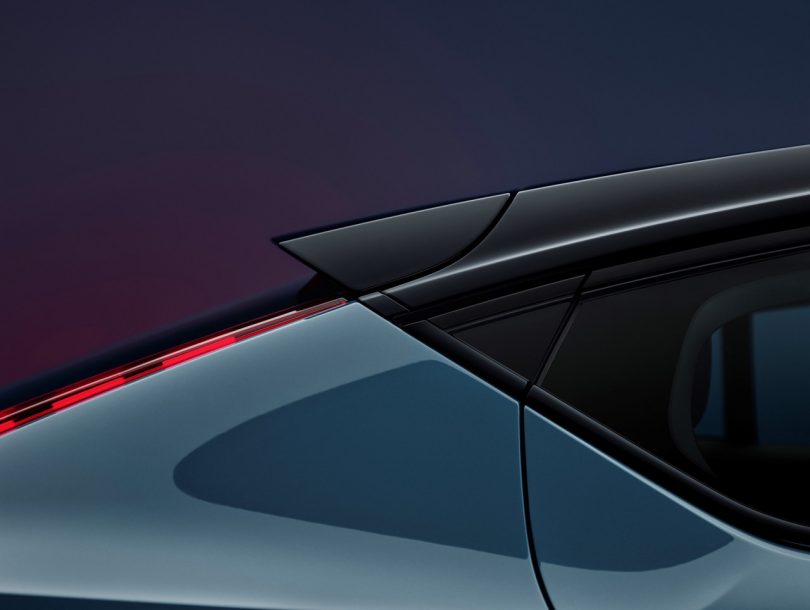 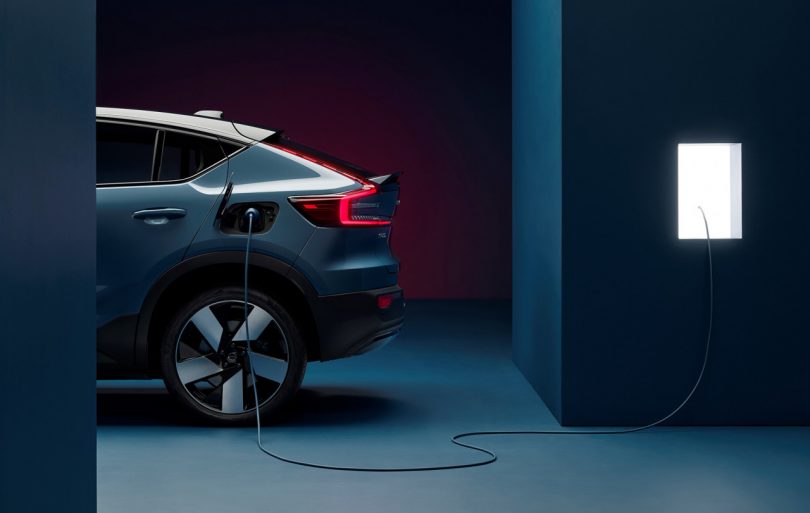 In combination with its angular geometric indentations, the C40 Recharge is almost brutalistic (not far-fetched, considering that “brutalism” is a derivative of the Swedish expression nybrutalism). The most notable detail of the vehicle is the sloping rear roofline of the C40 Recharge, alluding to its fast-paced capabilities and blurring the lines between SUV and hatchback design. This implicit movement is also related to the brand’s distinctive “Thor’s Hammer” headlights, which glow and glow over the grille-free face using pixel technology. The rear LED headlights angle from the roof line over the horizontal tailgate like an unbent paper clip. 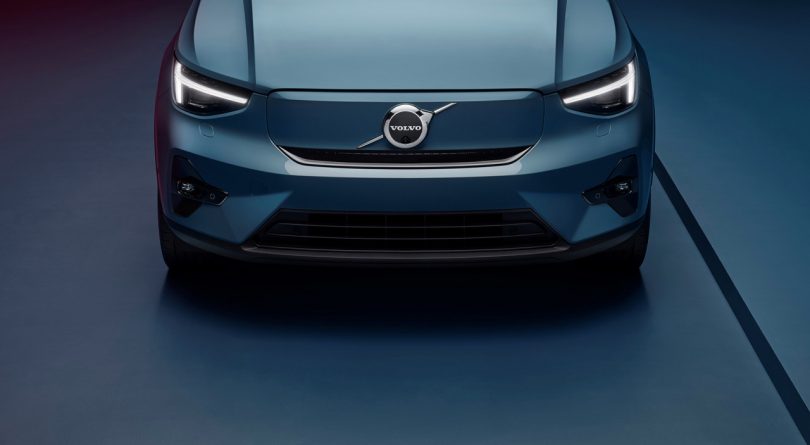 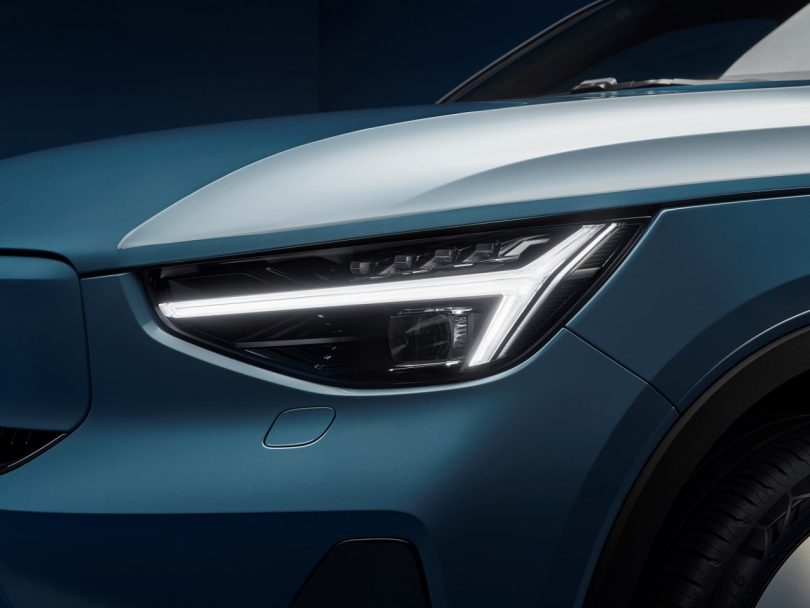 “The C40 Recharge represents the future of Volvo and shows where we are going,” said Henrik Green, chief technology officer. “It is fully electric, is only offered online with a practical maintenance package and can be delivered quickly.” 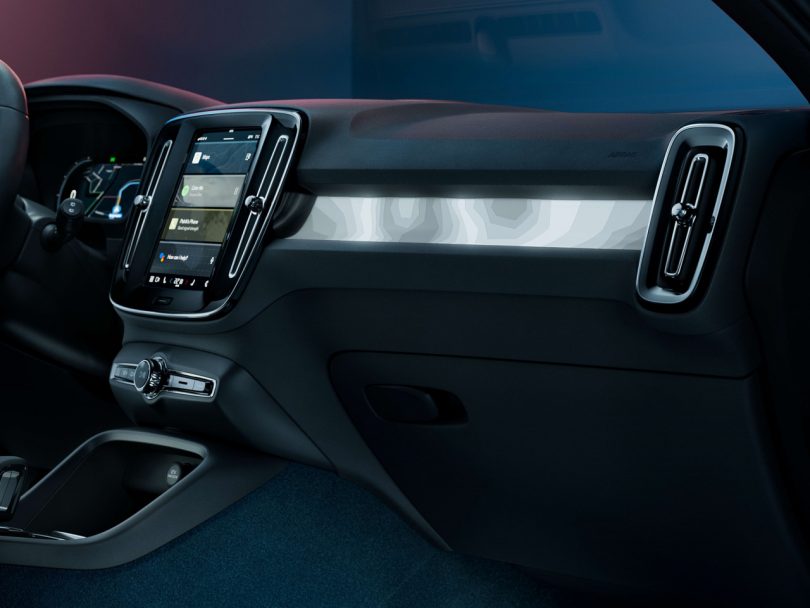 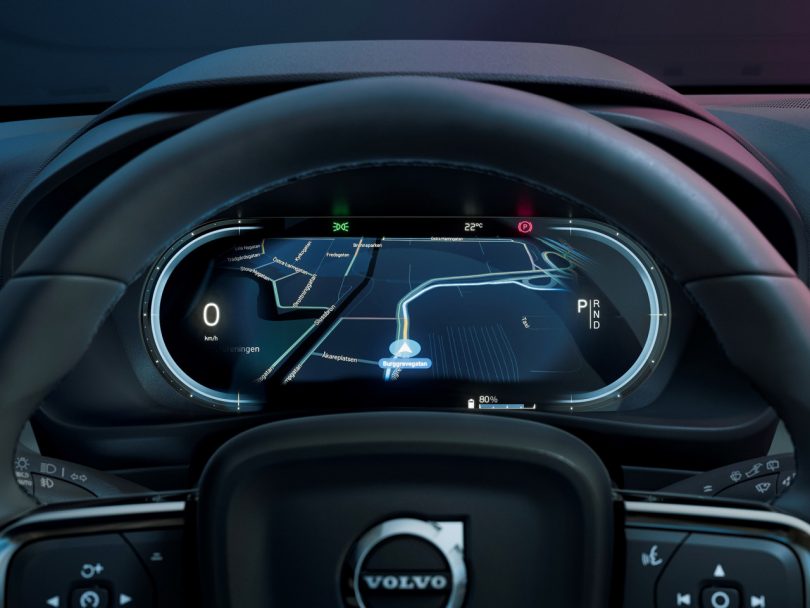 The inside cabin of the C40 Recharge is simple and economical. The motif “Thor’s Hammer” is repeated from the ventilation slots on the passenger side to the vertically aligned infotainment console in the middle, which is supported by the Google Android operating system. The panels are also backlit with an abstract topographical design that is suitable as an attractive detail that connects the interior and exterior of the vehicle. Only the oval display on the driver’s side doesn’t seem to match the sum of a vehicle so boldly characterized by folds and angles, but it does result in a large display for navigation. 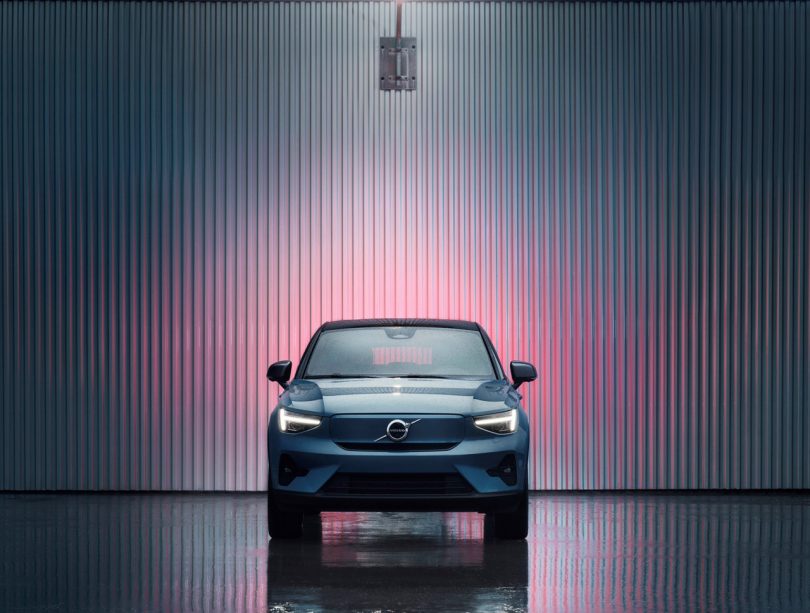 Two electric motors are hidden inside that drive the front and rear axles individually. You each tap on a 78 kWh battery, which can be charged to 80% quickly in around 40 minutes and offers a range of around 210 miles. The lead foot has a total of 402 horsepower and 486 pound-feet of torque that can be conjured up with a push of the accelerator pedal, which translates to a respectable 4.7 seconds between 0 and 60 mph. 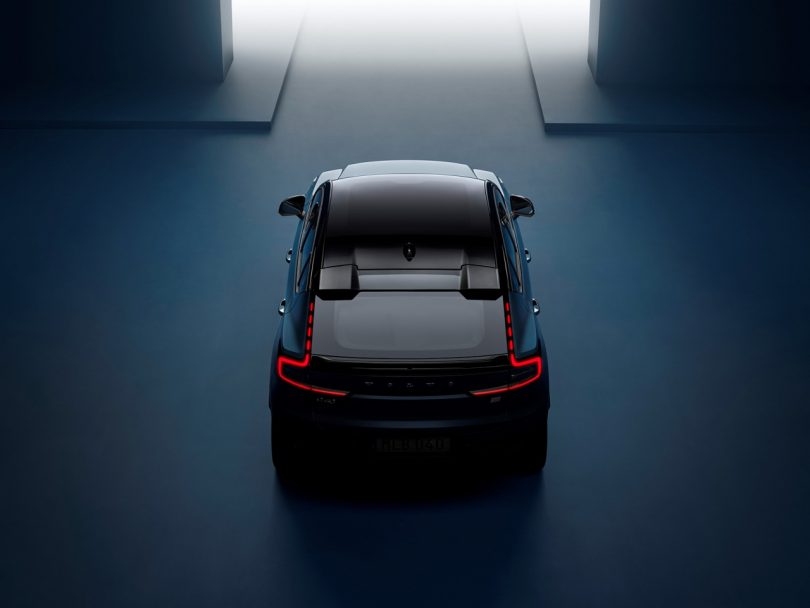 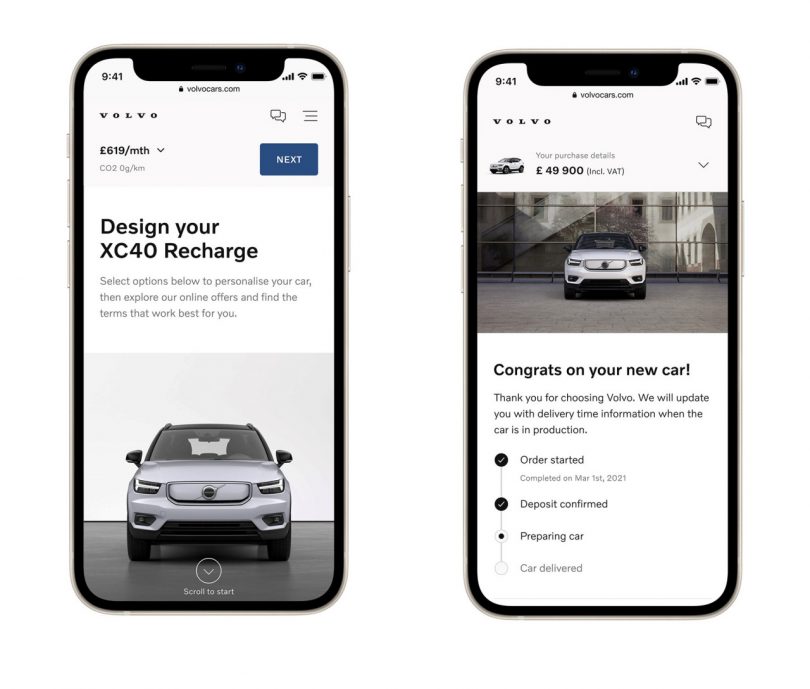 Volvo has taken the interesting course to use the C40 Recharge as a purely online shopping experience and plans to limit the options to a few pre-selected variants – both to simplify the logistics and to reduce the fears associated with the paradox of choice . Pricing is yet to be announced, but pre-built models are expected to start somewhere in the ballpark starting at $ 60,000, according to the app preview above.