The second designer we’re putting in the spotlight for Design Milk’s 15th anniversary is Ask Aguiñiga, a triple threat artist, designer and craftsman whose work we have treated since 2010.

“I actually started out as a community activist,” recalled Tanya, “with a focus on migrant rights and border issues as part of the Border Art Workshop / Taller de Arte Fronterizo.” She later studied design in Los Angeles, but retained both of her interests – Activism and design – separately.

Tanya started her business around 2001, she estimates, designing, manufacturing and selling housewares. “In the beginning it was super obsessed pieces from the middle of the century, then very plastic 70s, fantastic in their vibe,” she recalls. All of this happened while studying furniture design at Community College and San Diego State University. “Later, in graduate school, I began to be more interested in jewelry and fashion while continuing my studies in furniture design and making housewares.” 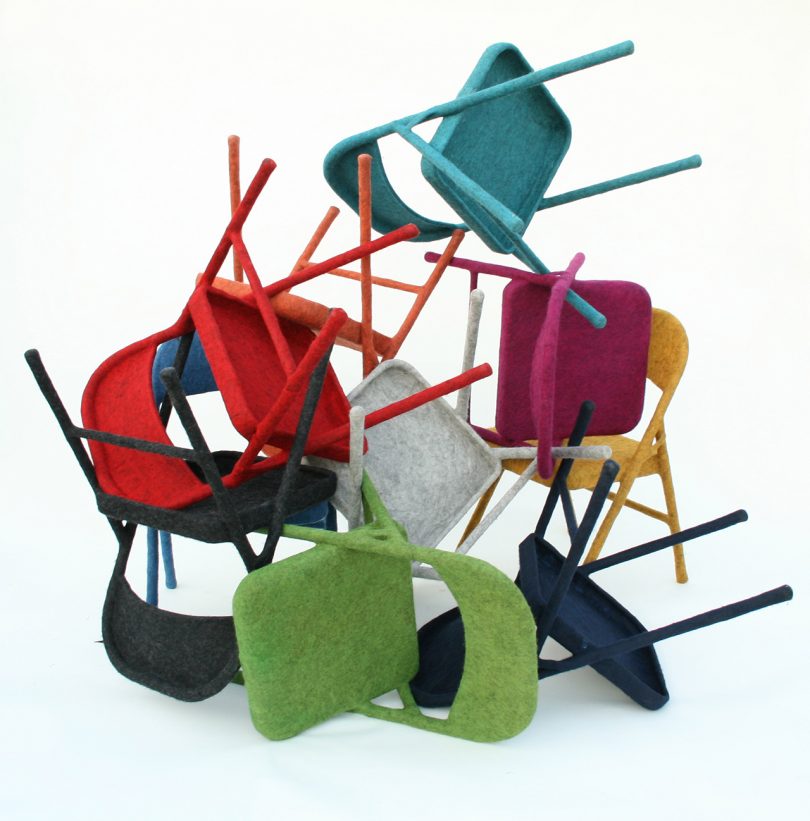 The first project that Tanya’s work landed in galleries and early blogs, and helped spread her work, was her hand-felted birds. The irony is that they were originally created as a test when she was experimenting on ways to felt folding chairs entirely by hand. But then they became their own sensation. She said, “I ended up making literally thousands and felting until my hands were bleeding. After that, the folding chairs attracted a lot of attention and pretty much gave me a great entry into the world of contemporary design. “ 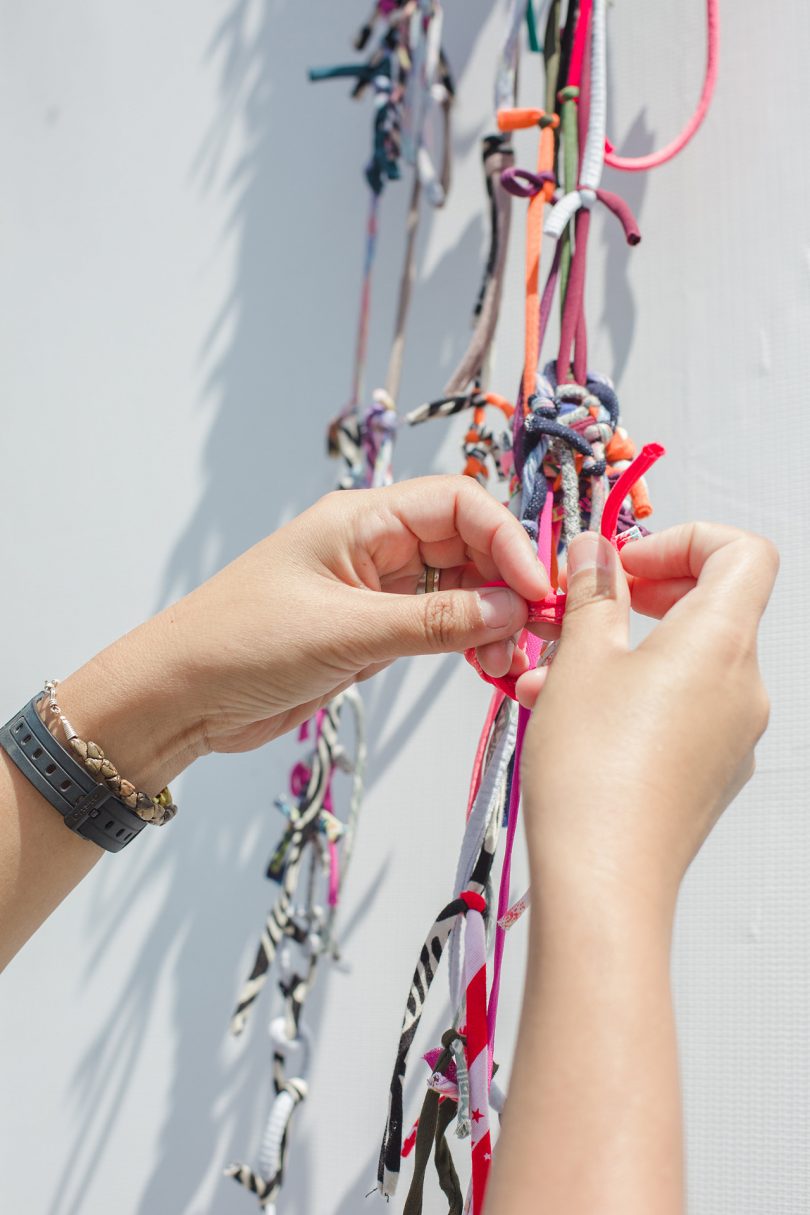 The work Tanya is doing now is mainly focused on using Craft to support social justice and migrant rights. “I create large-format fiber sculptures in a femme-centered studio that are sold in galleries. This is how we pay for mutual aid initiatives. I am also currently very proud to open a ceramics studio in an LGBTQ + Asylum Shelter in Tijuana, ”said Tanya, who was born and raised there herself. 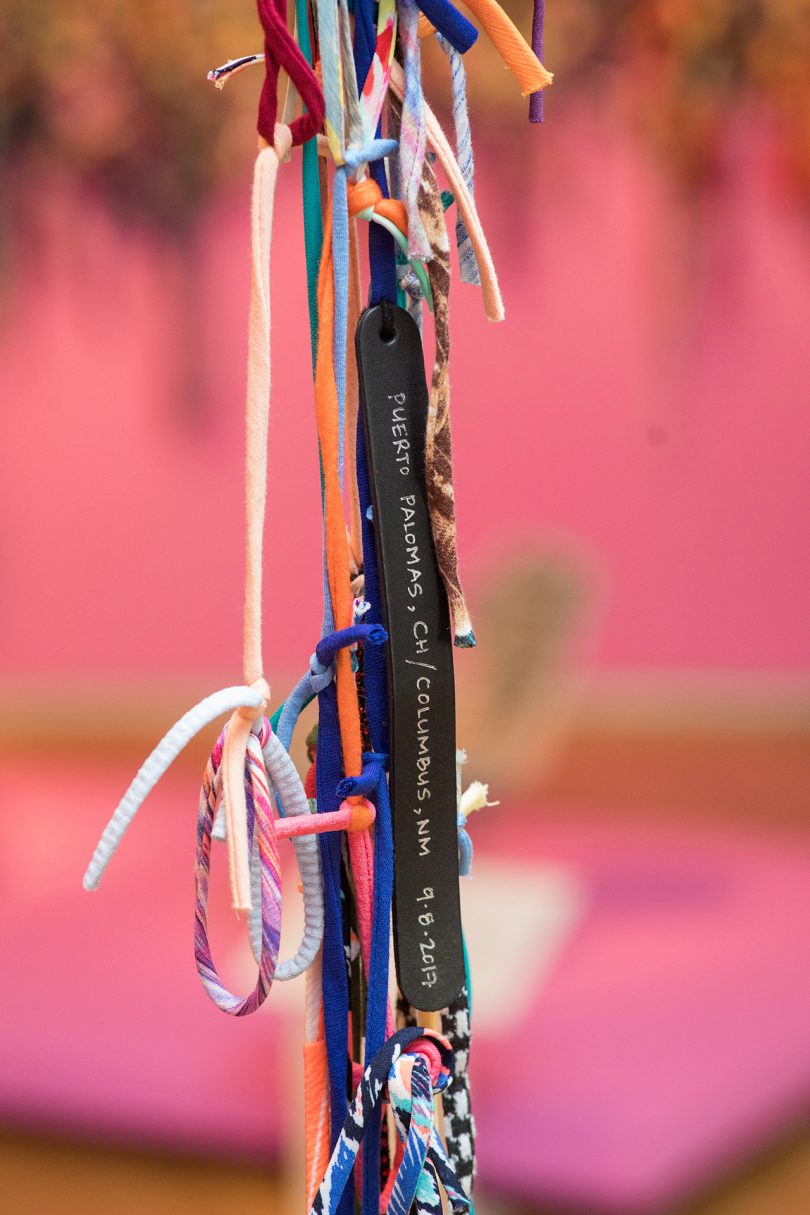 “I am currently in the process of founding a non-profit organization for the initiatives of my AMBOS project (Art Made Between Opposite Sides). It’s really exciting to think about how we can build a stronger community of supporters to fund border-based arts initiatives that help promote, provide, and expand access to safety and art. “ 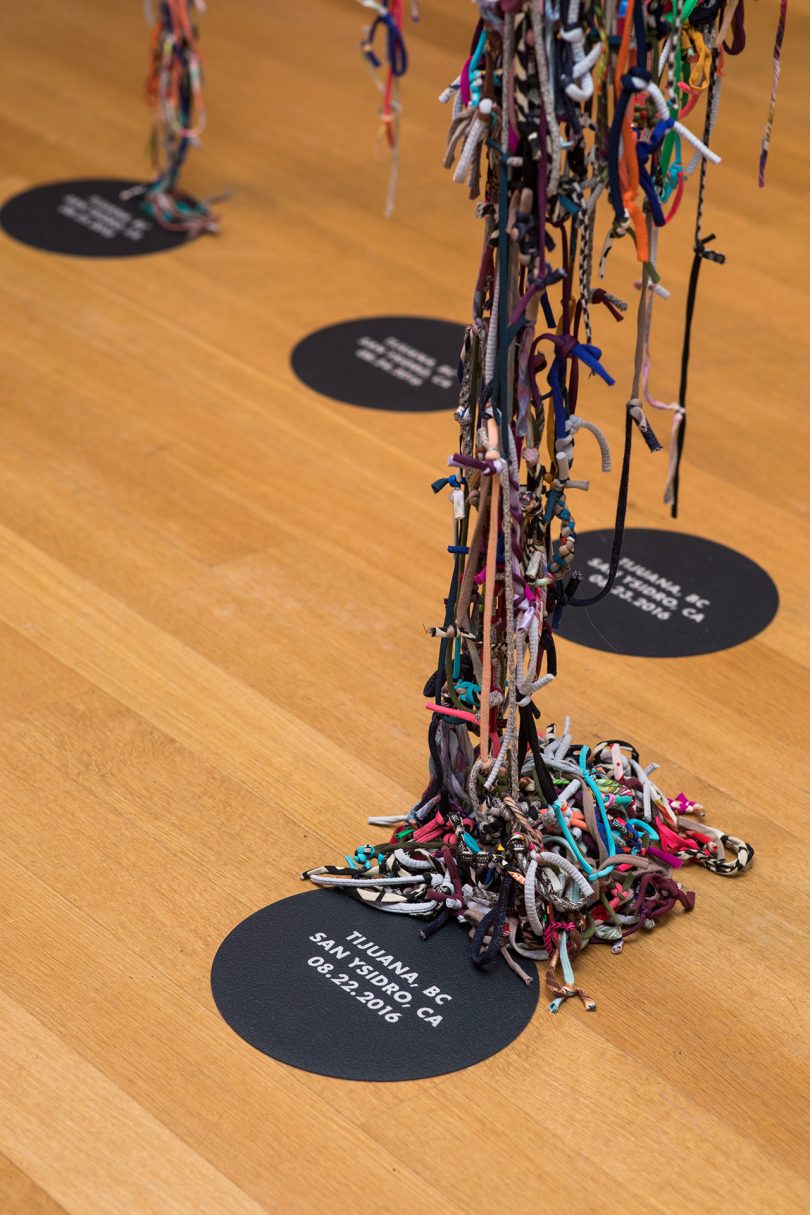 Tanya’s work uses craft to create conversations about identity, culture and gender while creating community. This approach has helped museums and nonprofits in both the United States and Mexico diversify their audiences through marginalized communities and collaboration. 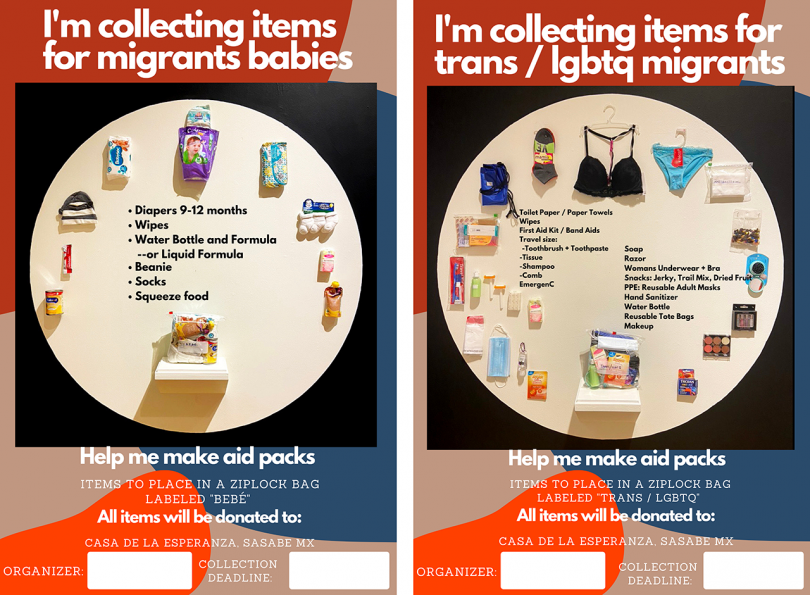 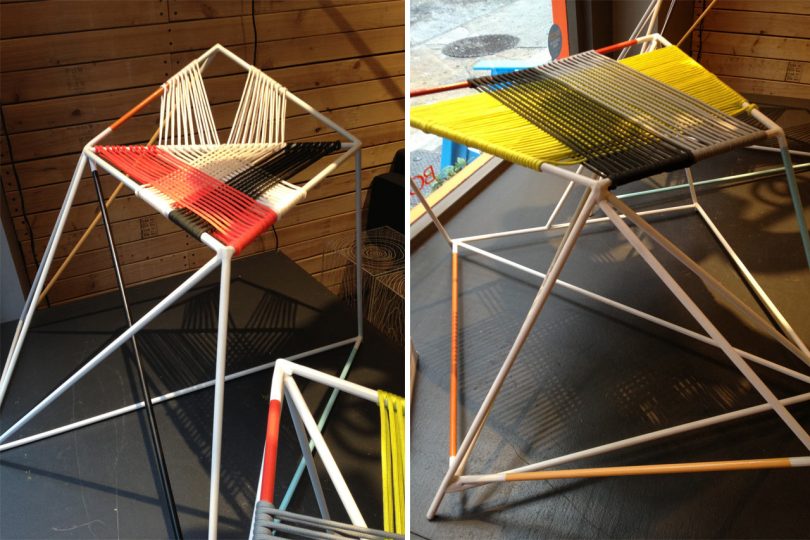 Tanya mentioned that Design Milk popped up on her radar shortly after graduating when she was looking for blogs devoted to international design. “Design Milk was one of my favorite and regular sources of inspiration.” Finally, we got in touch and started working together. Tanya attended our first NYC design week – East Meets West! Popup at Bobby Berk Home in 2013 and then again at the WestEdge Design Fair in 2014. 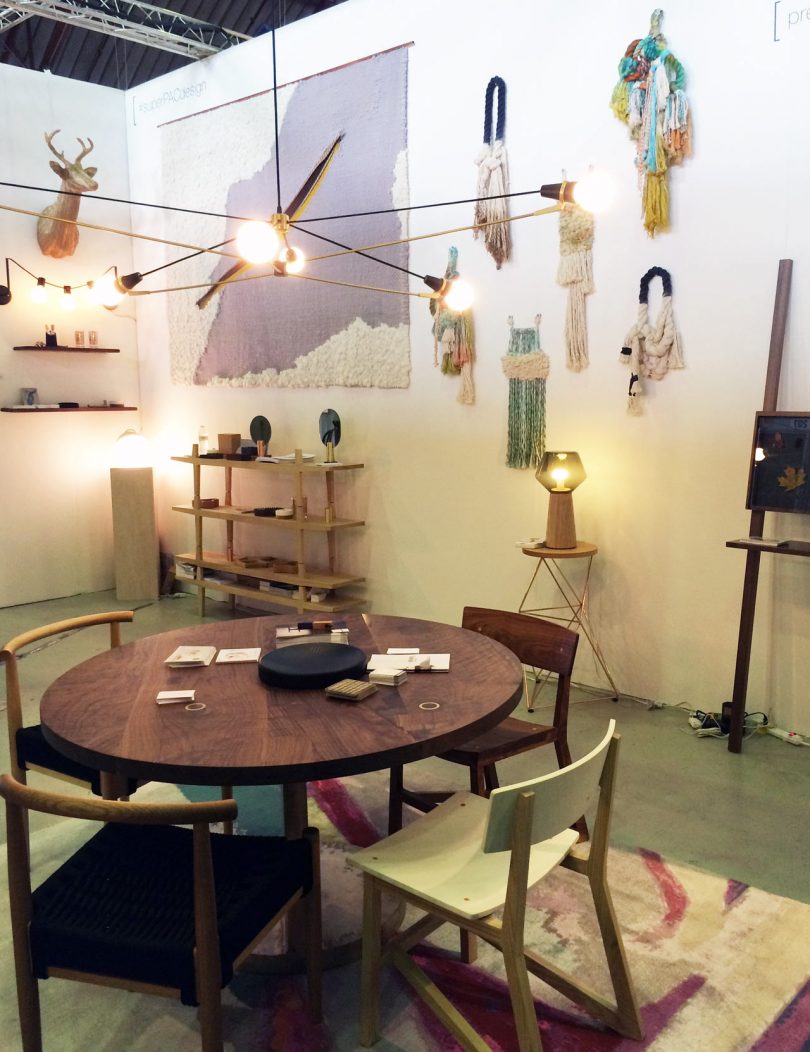 “I really loved it when Jaime hired me to take pictures to show how my day was. It was great fun to show the community and the chaos of our studio! “, She said, thinking back. “To be honest, the most fun was meeting other designers in person [through Design Milk]… thinking especially of our current isolation during the pandemic. I also really loved getting in touch with new designers from the US and internationally. “

“Tanya’s work captivated me from the first moment,” says Design Milk founder Jaime Derringer. “I came for work, but I stayed because of the activism. Tanya’s story is brave and honest and it surprises and inspires me again and again. “

Design Milk is thrilled to have done even the tiniest part of sharing Tanya’s talents and concerns far and wide. We know that whatever she brings out next will be full of beauty and meaning.