The latest exhibition by the German-Iranian artist and designer Siba Sahabi titled “Reflections” is inspired by the relationship between European and Middle Eastern art and how they have influenced each other historically. The exhibition, which can currently be seen at the GRASSI Museum in Leipzig until October 3, 2021, consists of five geometric mirror objects that are completely captivating with their kaleidoscopic illusion of perspective.

Sahabi explains that although the art history of Europe and the Middle East seems to have developed separately, in reality both have strong influences on each other with a shared history of knowledge. She says:

For example, Italian painters developed the revolutionary linear perspective based on the knowledge of Middle Eastern scholars during the Renaissance. On the flip side, the iconic Arabic patterns derive from simpler designs used in earlier cultures such as Greek, Roman, and Sassanid societies. With this work I want to show that these two approaches are still strongly linked. 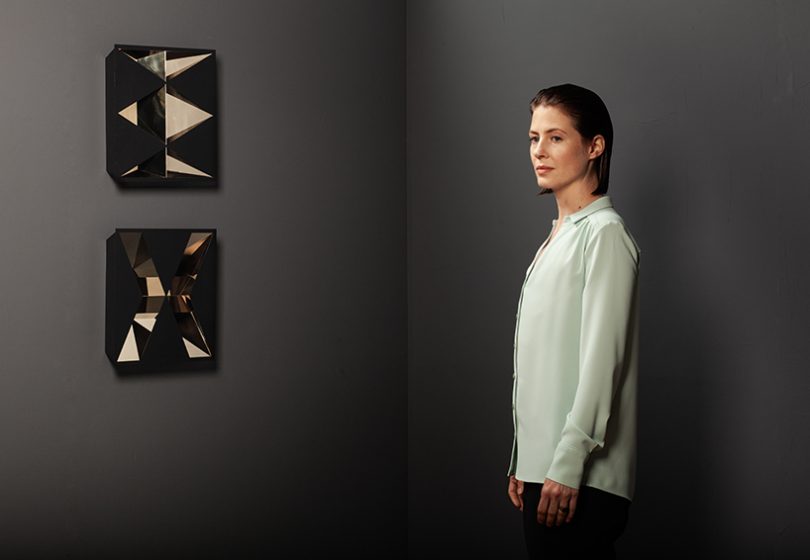 The five objects in “Imaginem Sui” are made entirely of brass, including reflective and blackened surfaces. Sahabi conveys the concept of linear perspective through the multi-layered design of the objects. The top black layer has diamond-shaped openings that act as windows into the architectural spaces that have been created. Behind the top black layer there are mirror surfaces that reflect the black surface several times, like a kaleidoscope. With these repeated patterns, Sahabi’s sculptural works are reminiscent of the arabesque of the Middle East. 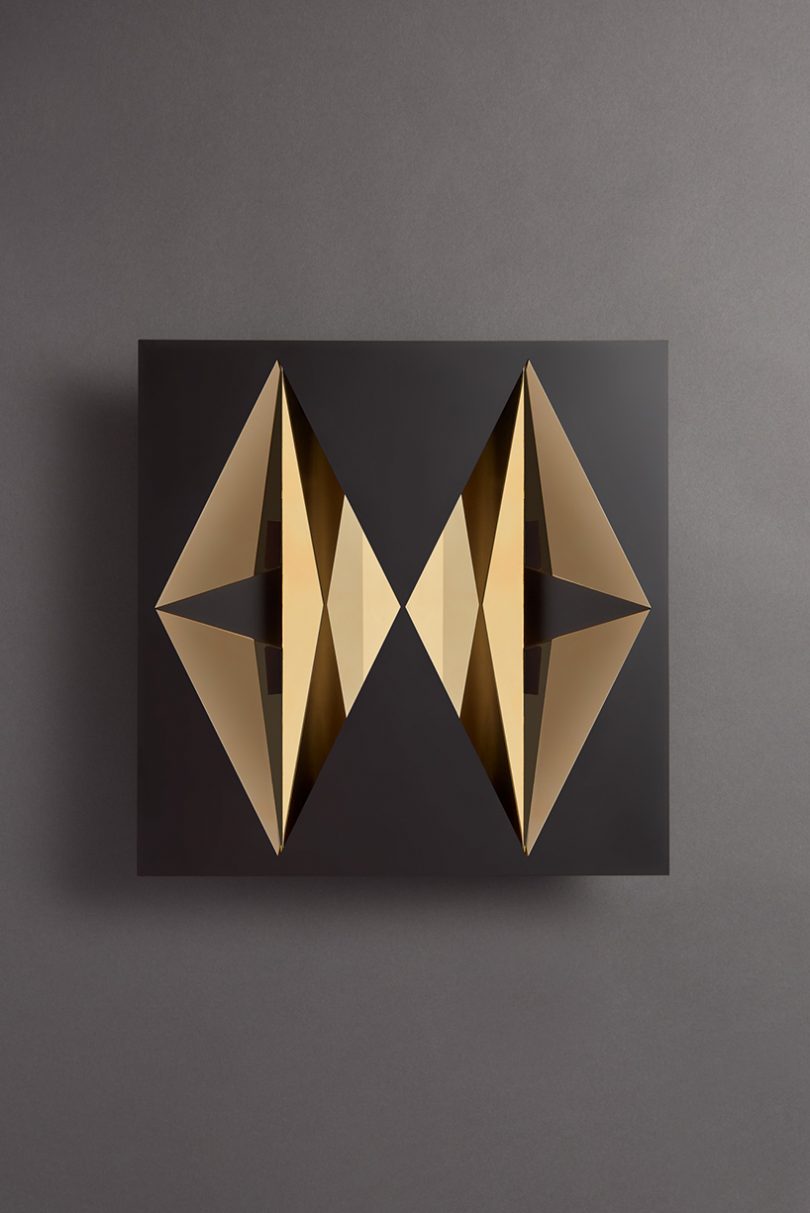 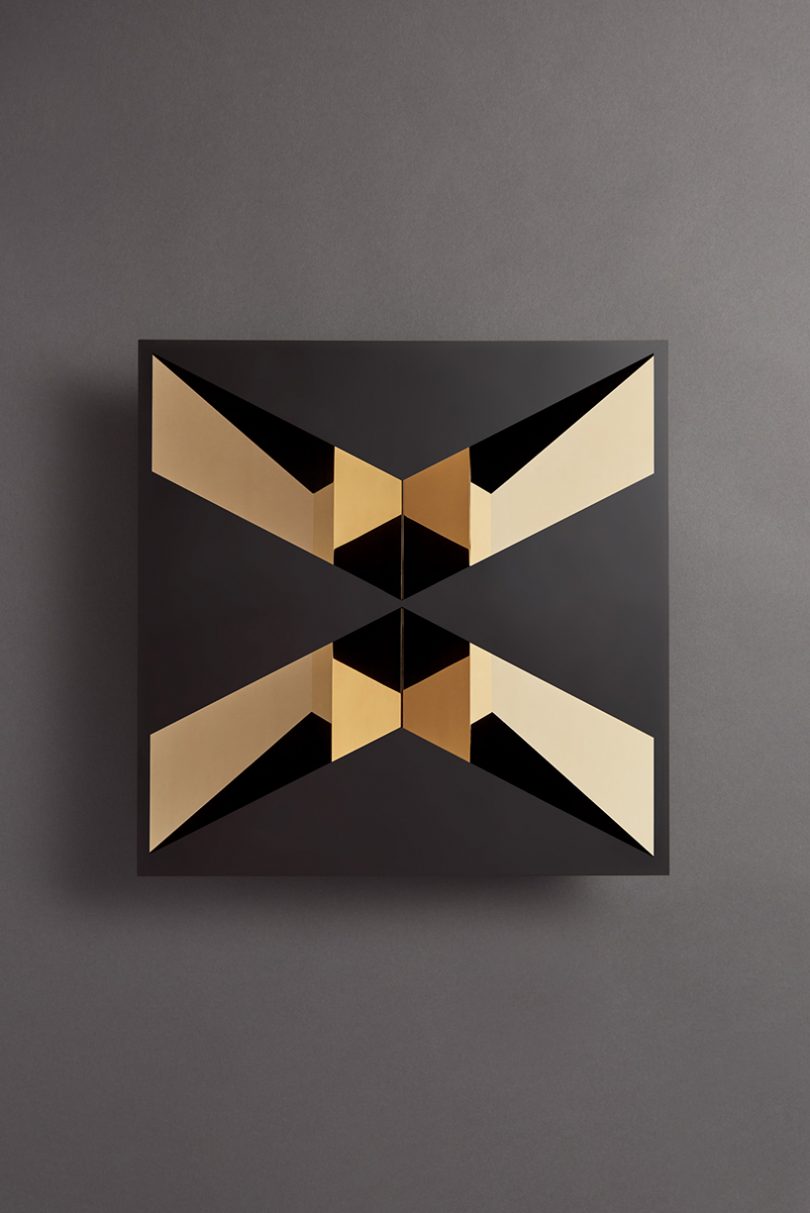 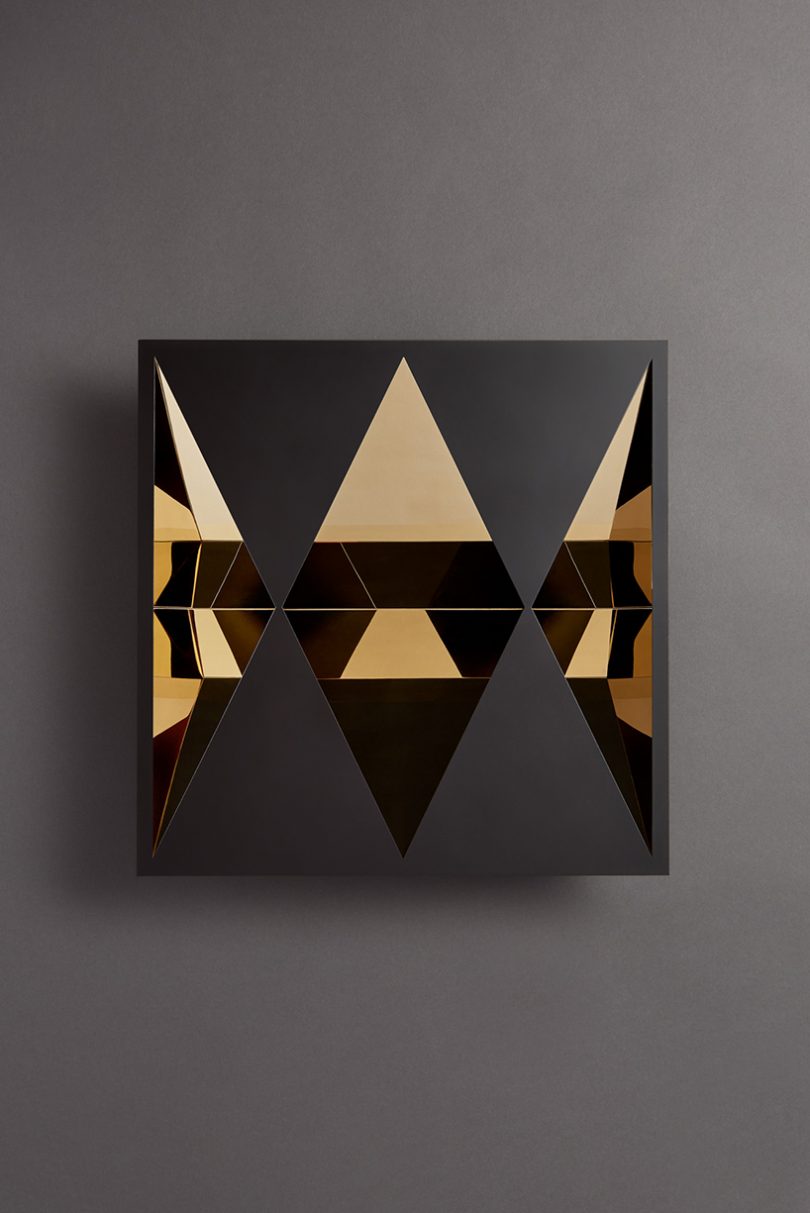 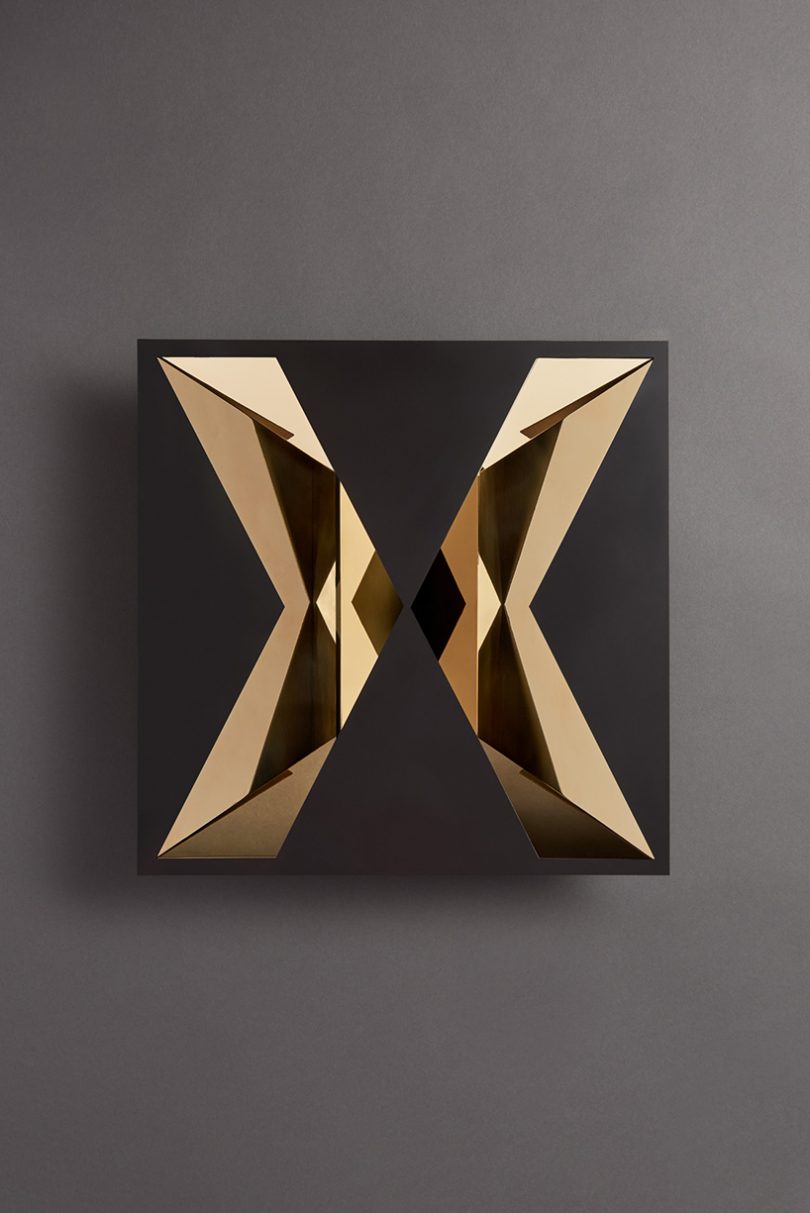 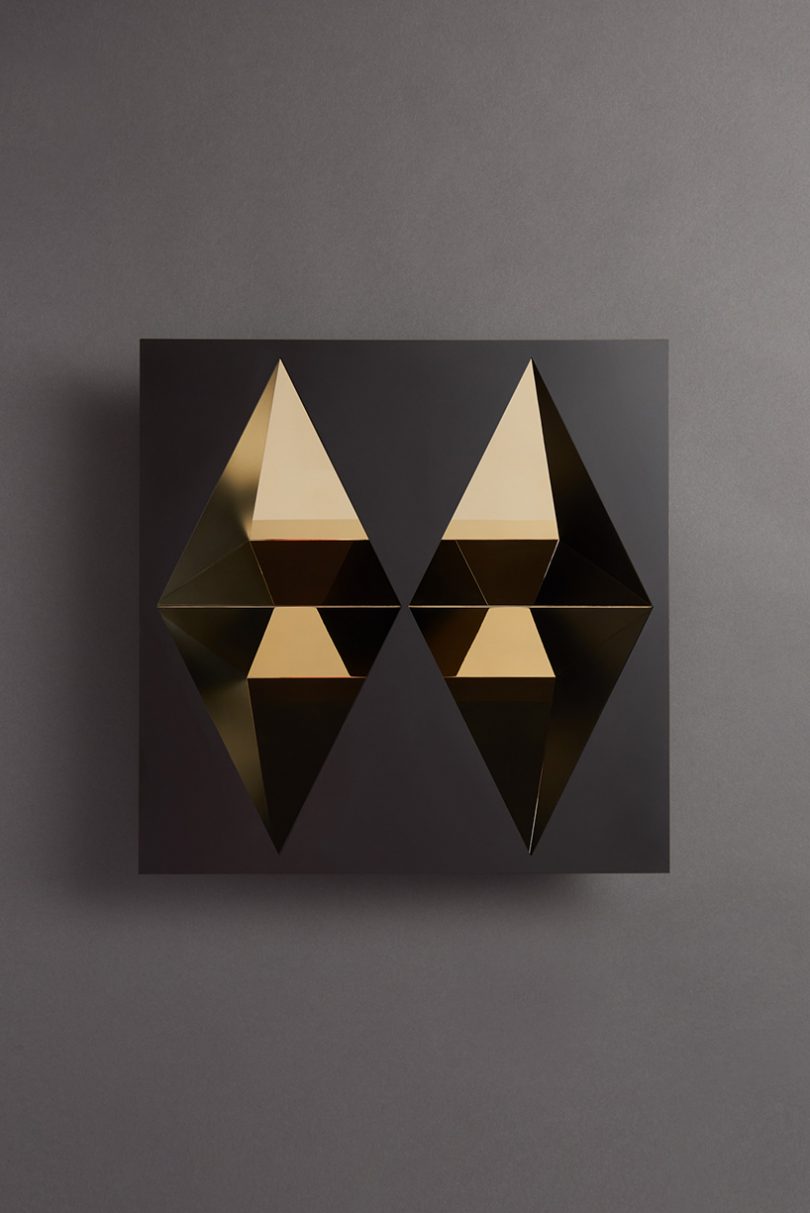 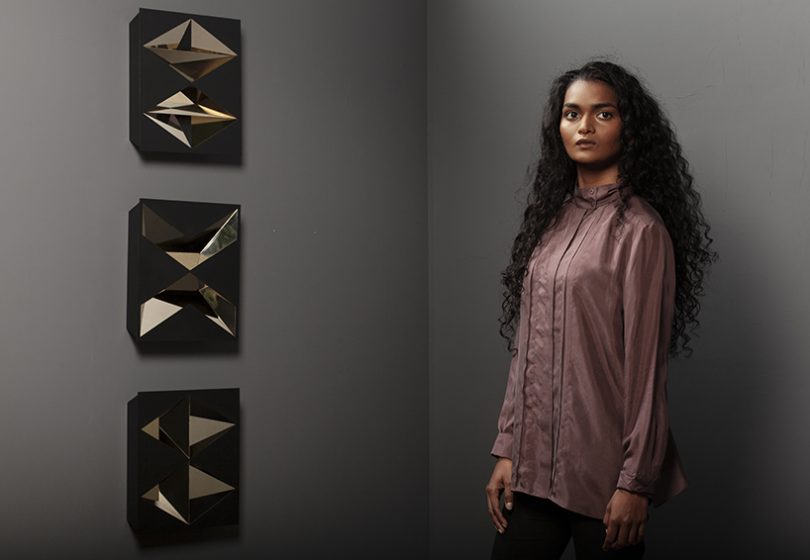 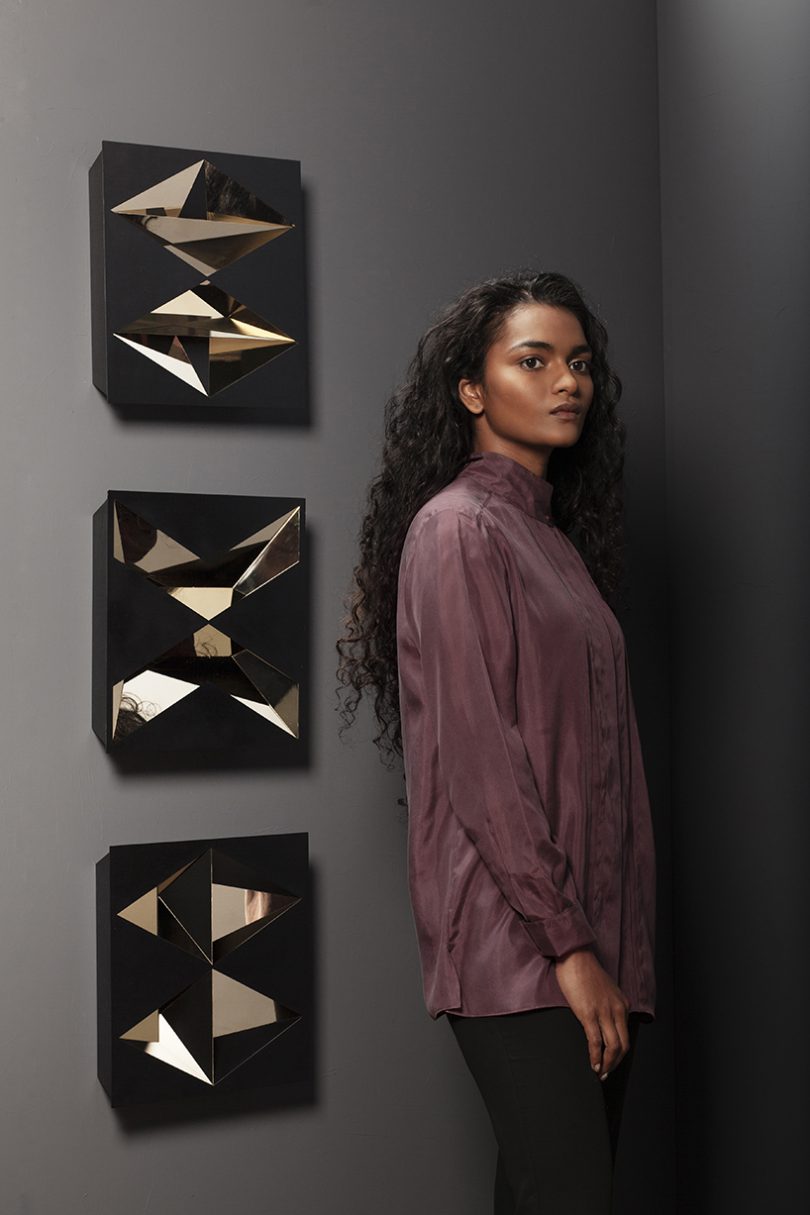 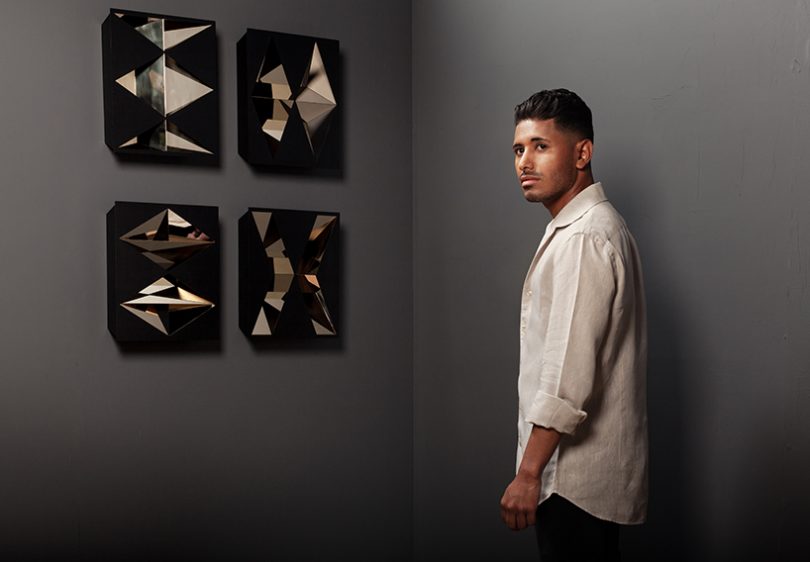