Our first repetition of the lecture series “Design Conversations” of the Vignelli Center for Design Studies also took place Natalie Nixon, PhD. Her lecture entitled “Level Up Design: Creativity and Context at Every Step” tells how important it is to include different perspectives in research and development and how this can lead to design becoming even more innovative, and they shares some steps you can take to help analyze and develop your creativity. See:

The next iteration we shared was with the legendary designer Noel Mayo. His lecture “Noel May – A Life of the First” is full of incredible designs and the stories behind them. As Josh Owen, director of the Vignelli Center for Design Studies, noted, when Noel walks into the room, everyone stops talking: he’s a big deal. For example, he re-introduced the light switch for Lutron, creating the first inline deposit / withdrawal for banks, as well as telephones, seating, desks, lighting fixtures, offices, shops and restaurants. He has worked on the design of exhibits in Seattle, Chicago, Philadelphia, Lagos, Barcelona, ​​Casablanca, and the 1964 New York World’s Fair. See: 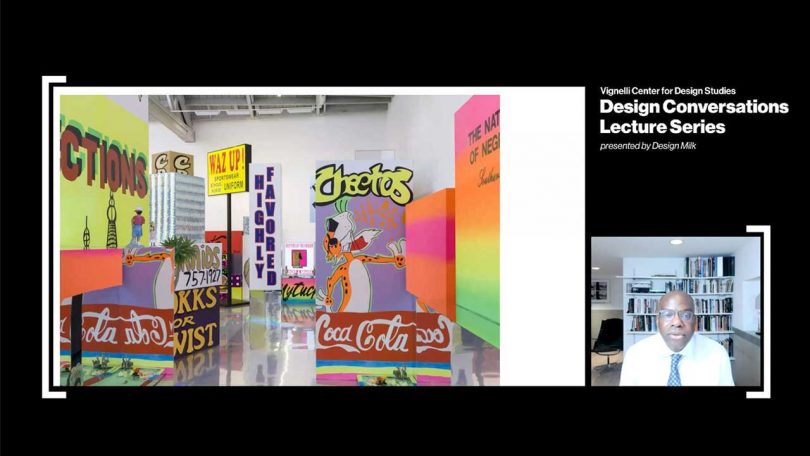 The last conversation we retransmitted was with the dean and professor at the University of Southern California’s School of Architecture. Milton SF Curry, titled “Paul R. Williams and the Legacy of the Black Aesthetic”. In addition to being an accomplished academic director, Curry is the author of influential essays and articles on architecture, urbanism, race, and cultural theory. A staunch supporter of the public discourse on architecture and culture, he has been widely published and cited in Deem Journal, Architect’s Newspaper, Huffington Post, Architectural Record and others. Before starting his own design practice, MiltonCurry ProjectStudio, Curry worked in the offices of KPF Architects.

Don’t miss the rest of the series – tune in next week!

To find out more about the Vignelli Center for Design Studies at the RIT, they started digital access to the archives via Google Arts & Culture and joined more than 2000 cultural institutions from all over the world. The initial launch includes nearly 900 high resolution images of artifacts from the archives, so now anyone with access to the internet and Google Arts & Culture can browse the Vignelli archives, or search by color or chronological order.

This series of lectures is made possible in part by the generosity of RIT Alumnus, Chris Bailey, and Bailey Brand Consulting.