A few weeks ago when I launched Microsoft Edge, I noticed an invitation and the option to add a range of new browser backgrounds – a polychromatic explosion of designs inspired by the many flags of the LGBTQI + community and in honor of Pride, the annual celebration on the subject of lesbian, gay, bisexual, transgender, non-binary and queer social and self-acceptance and history. Aware of the Redmond-based technology giant’s previous efforts over the years to promote inclusion, both within its own team and beyond the millions of users who use Microsoft products every day, we didn’t just become curious about this year’s portfolio of Pride-centered works, but mostly about the history and impact of the initiative itself.

Aleksey Fedorov, Microsoft Pride Co-Lead, GLEAM // Sr. Creative Producer on the Microsoft Branding Team spoke to us about this colorful celebration around Microsoft’s products and services, including the Xbox platform, Microsoft Teams, Microsoft 365, Surface , Windows, and numerous other additions to the Microsoft portfolio, in addition to the design challenges associated with designing a Pride campaign that will include and interweave 19 different Pride flags and identities.

Let’s start from the beginning. When did Microsoft first make a concerted effort to celebrate Pride and use product customization as an extension of that celebration?

Microsoft began advocating the LGBTQI + community back in 1989 when we included sexual orientation in our non-discrimination policy. We have been offering employee benefits for same-sex civil partnerships since 1993 – making us one of the first companies in the world. We have achieved the perfect score of 100 in the Corporate Equality Index of the Human Rights Campaign over the past 16 years.

We have always celebrated Pride internally and in recent years we have started spreading messages of LGBTQI + justice and inclusion in our products. Satya [Nadella, executive chairman and CEO of Microsoft] encourages us to use Microsoft as a good platform, and that is exactly what we are trying to do at Pride.

“Pride is a global and grassroots effort. It is led by global LGBTQI + employees and allies of the Microsoft Employee Group (GLEAM), which is represented in over 40 countries around the world. It is a global effort by the engineering, marketing and sales teams with GLEAM members and allies developing products to bring visibility to the LGBTQI + communities. “

Did you get the idea to celebrate Pride internally from LGBTQI + employees?

Pride celebrations have always been staged by the GLEAM community. In fact, the group has an elected role on the GLEAM Board of Directors that is specifically focused on the Pride celebrations. Over the past 4 years, the team has made Pride a grassroots movement within the company, providing extensive product and marketing support. Now all of Microsoft gathers around Pride – and many teams have Pride celebrations as part of their daily work.

It’s always about employees and people from the community sharing their stories and talking about things that are currently important to the community. In 2018 the community shed light on various issues it faced at the time, in 2019 it encouraged everyone to take action for justice, in 2020 the campaign focused on clearing up misunderstandings and creating a dialogue also with people who might disagree with us, and in 2021 it will be at the center of intersectionality and the idea that we need to come together across communities and groups and bring about collective change in order to make progress on racial, environmental, indigenous and LGBTQI + rights. 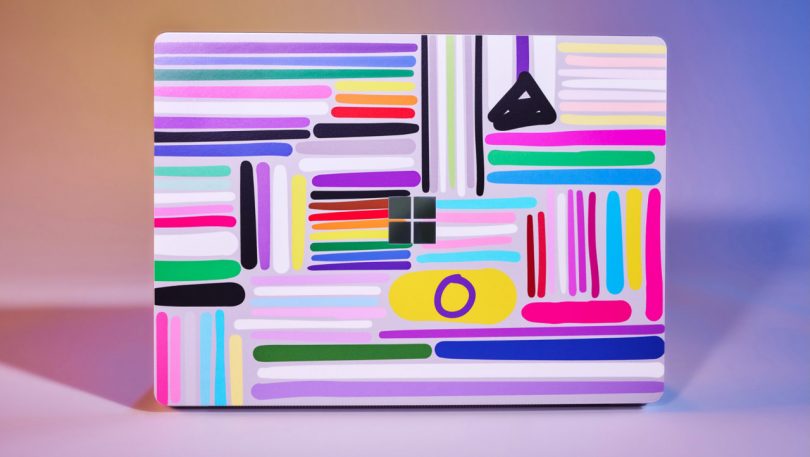 Last year’s Microsoft Surface Pride Skins 2020 were based on the same inspiration as the 2021 efforts, a colorful amalgamation of the numerous flags of the LGBTQI + community.

Can you tell us when Microsoft will start integrating these product and service efforts?

A few years ago we started using our products to have conversations about Pride. In 2019 we released Surface Pride Type Cover, and in the following years we expanded the reach of the campaign. This year it’s our largest and most comprehensive product release yet. We always make an appropriate donation to honor the Pride campaign and to draw attention to the release of these products. This year we donated $ 150,000 to LGBTQI + nonprofits around the world. That’s on top of the more than $ 2 million Microsoft and employees have donated to LGBTQI + nonprofits since last year alone.

Pride has grown from a small initiative to a big cross-company moment. It is probably the largest product release that we do as a company. 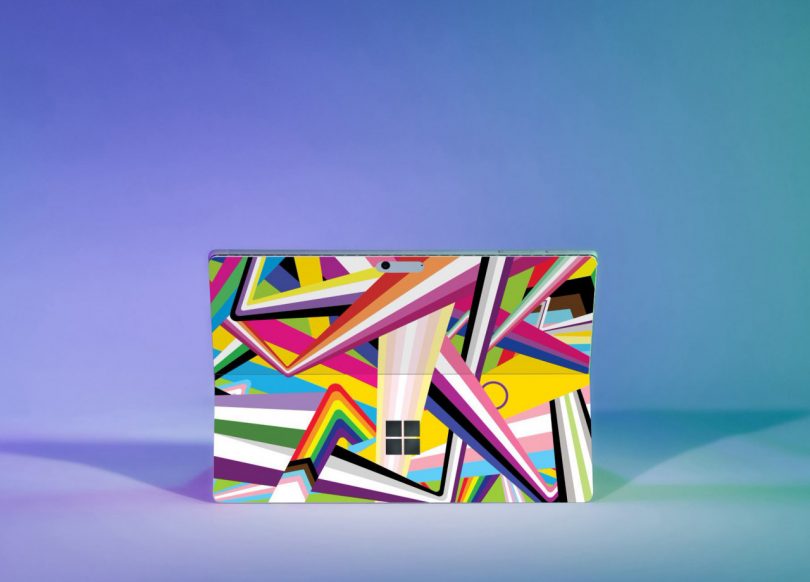 The limited edition Pride Skin for Surface Laptop 2021 interweaves 19 different Pride flags and identities and represents the networking of communities from different angles and perspectives.

What were some of the challenges in trying to weave 19 different Pride flags and identities into one cohesive themed product / accessory line?

Our goal for the campaign is to focus on the interfaces and talk about how units above and within communities can lead to societal change. We wanted to share that in the design too. When we talk about LGBTQI + communities, people often tend to lump everything into a monolith, but the LGBTQI + community is far from being a monolith. Hugging flags of different gender identities and sexual orientations was a way for us to draw attention to the groups and identities that are often neglected today.
The graphic hero look we created together with our partners at Blk-ops and Sterling is energetic, showing different flags that intersect in lively angles. The feeling of oneness that comes from this attitude is exactly one message that we were trying to get across. 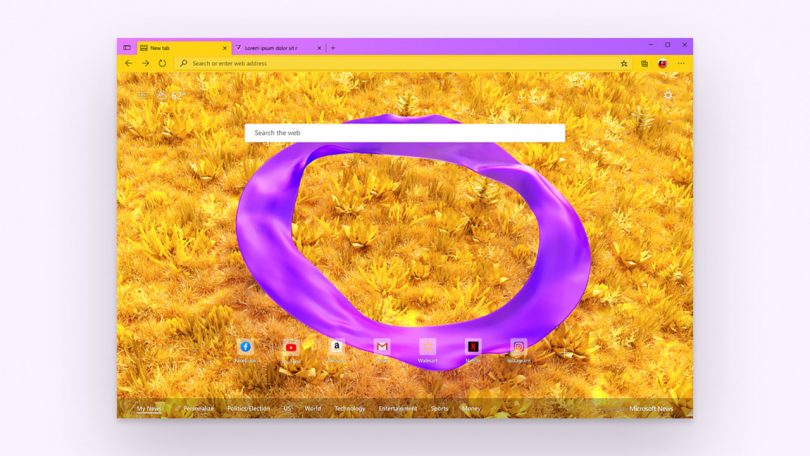 The challenge was to find the balance and proportions and create a sense of uniquely differentiated identities while articulating the feeling of togetherness and unity. We feel that our graphics are landing really well.
We then worked with various Microsoft product and design teams to find unique ways to bring this graphic and idea to life. Surface Skins, Windows Wallpapers, Teams Wallpapers, and Edge Themes do this in different ways. The Xbox logo was indeed the trickiest implementation of this creative approach – as it has a very compact footprint and we still want to showcase the different flags together. 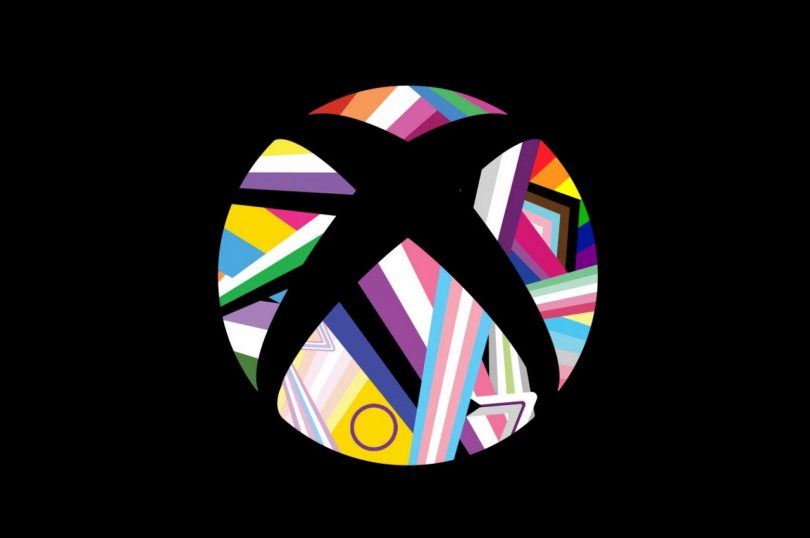 I especially love this Xbox Pride logo as it almost looks like one of those balls made of different colored rubber bands that for me convey the strength, flexibility and stronger shared mentality of the LGBTQI + community!

I love your observation of the rubber bands, we didn’t think about it that much, but it certainly has the reference too. 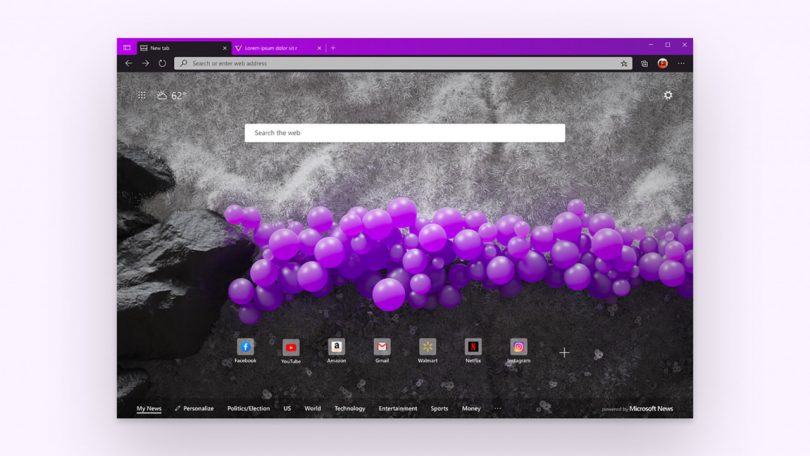 “We also work with different teams to create unique views of the 19 different flags. Nando Costa and the Microsoft 365 design team took this to the next level with stunning CGI images (one for each flag) available in Teams and Edge. “

Can you tell me a little more about the designers who were involved in creating the Pride Skins? What do they usually work on?

We work with the same product and design teams that work on our products every day. Many of the designers and engineers volunteer for Pride as an additional part of their daily work. And some have advocated their teams including Pride and other moments of value in their products as part of the standard product lifecycle [including] Microsoft 365 Studio and Designer for Microsoft 365 apps, Windows, Surface, Store, Microsoft brand – almost every design team in the entire company contributes to this effort. Each team takes our creative campaign strategy and finds unique ways to incorporate it into their products. 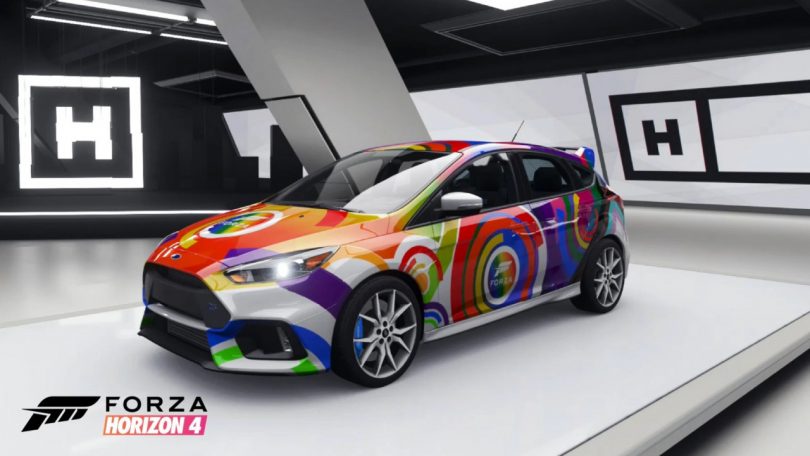 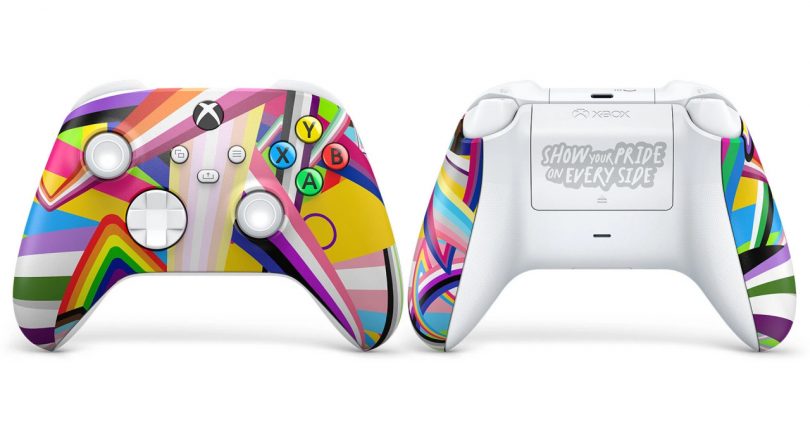 For example, a designer on the Outlook team this year helped inspire our overall approach to Pride across a family of Microsoft 365 apps. An industrial designer who’s been involved in the campaign over the past few years has also expanded their support from Surface to Xbox controllers. The designers on the Microsoft 365 Studio team reflected on the unique Pride flags and brought them to life on teams, then worked with the Microsoft Edge team to expand their approach. 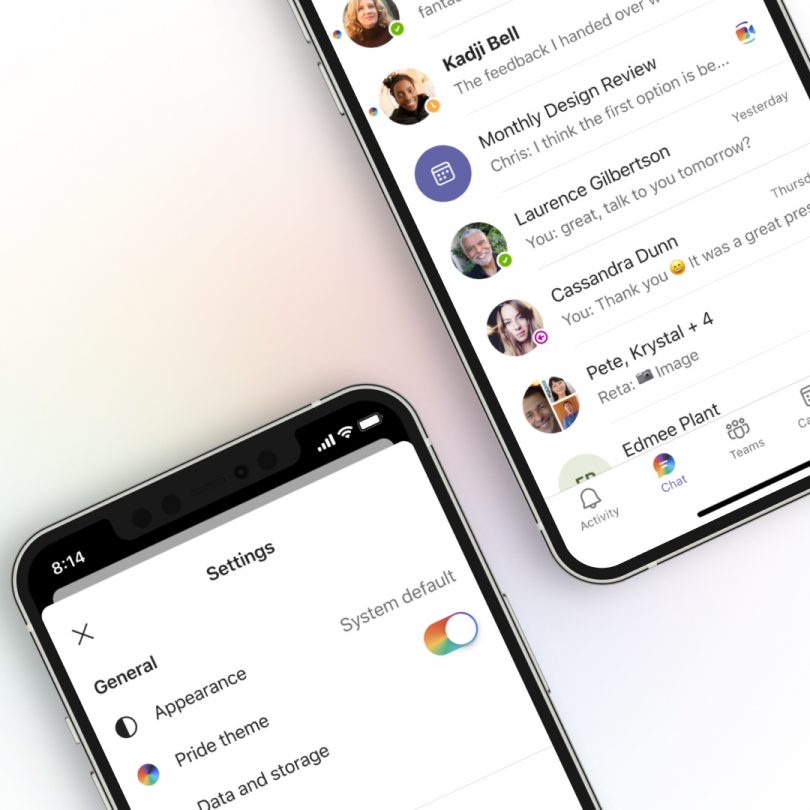 And how much time are they being given to work on Microsoft’s Pride initiative?

Depending on the team, Pride work can be a 1-3 month sprint, depending on product requirements and processes. We are planning a year with some hardware teams – like Surface and Xbox teams.

How have Microsoft’s efforts to celebrate Pride through design been received both internally and externally?

We have seen overwhelmingly positive responses – both internally and externally. Internally, it’s really a moment of pride for the GLEAM community and Microsoft as a whole. The sensitivity and focus on this year’s campaign really resonates, with many noticing that they see themselves as part of the movement and contribute more.

We also see positive reactions from outside. Below are examples of tweets. What really stands out are a couple of issues: 1. People complimenting various LGBTQI + flags and the visibility they create; 2. Surprise and happy reactions to see that Pride is adopted by various products that use them; 3. Enthusiasm for certain designs and approaches. There is always a push back on all Pride efforts. It’s part of a life cycle. Last year we created a campaign specifically for that, reflecting on the common misunderstandings we’ve seen in responses to LGBTQI + news. There seems to be broader support this year.

Still, we do Pride for this very reason – reaching more people with messages of support. We know that closeness promotes empathy and empathy leads to change, and we would like to see that in the world.

To learn more about how Microsoft is celebrating Pride through design, visit microsoft.com.

Turn Tech to Your Advantage in the New Hybrid Workplace

The Tactile Satisfaction of Azio Keyboards Is Just Our Type

Oliver Vitry’s Rainbow Lighting Is a Reflection on Philosophy + Perspective