When you merge a mood light, a mirror and a connection to the Internet of Things, you have the essence of the concept behind the mood prediction “Emotion Collector”, a laser-cut and 3D-printed prototype that pretends to reflect the mood of its users directly in the colorful Feedback form of colored lighting.

The tabletop device was designed by the Thai designers Lalita Kitcha and Wongsathon Choonhavan in collaboration with the 3 Minuten design team under the name CODE Studio and imagines collecting the emotional data of its users and creating an emotional average in the form of bright colors A crystal ball that is displayed via a spherical mood light. 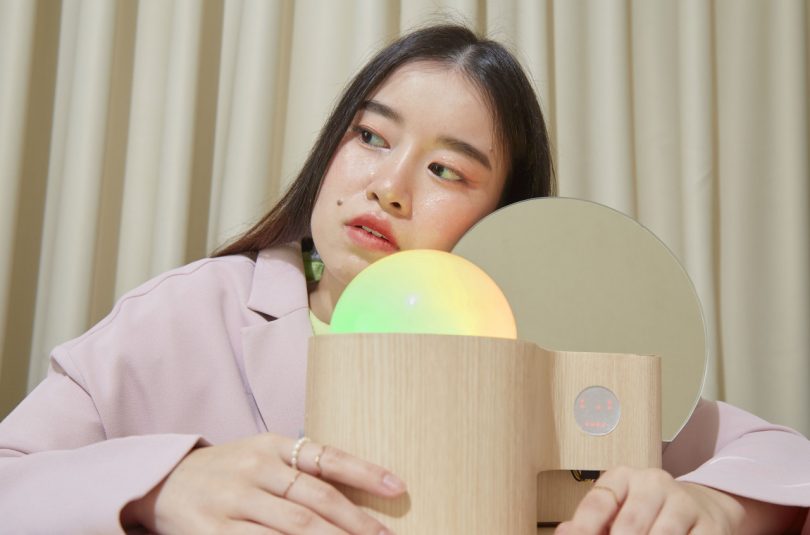 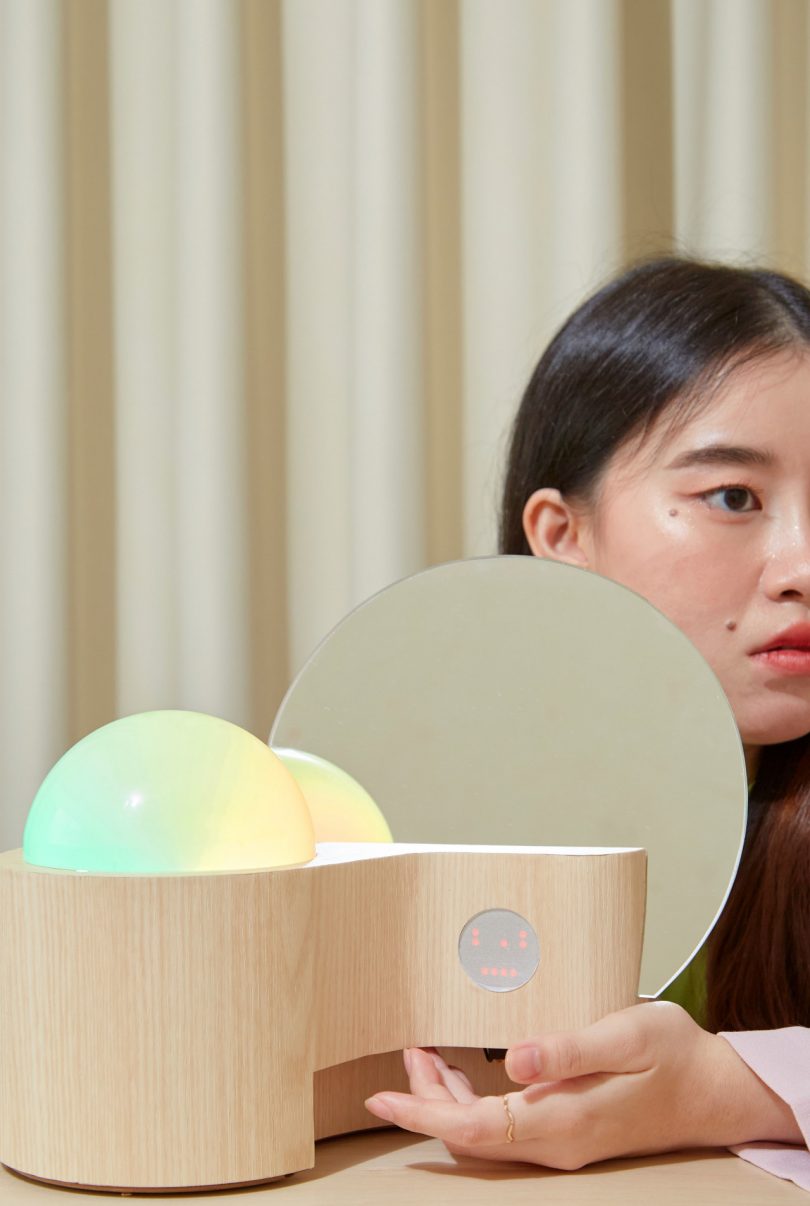 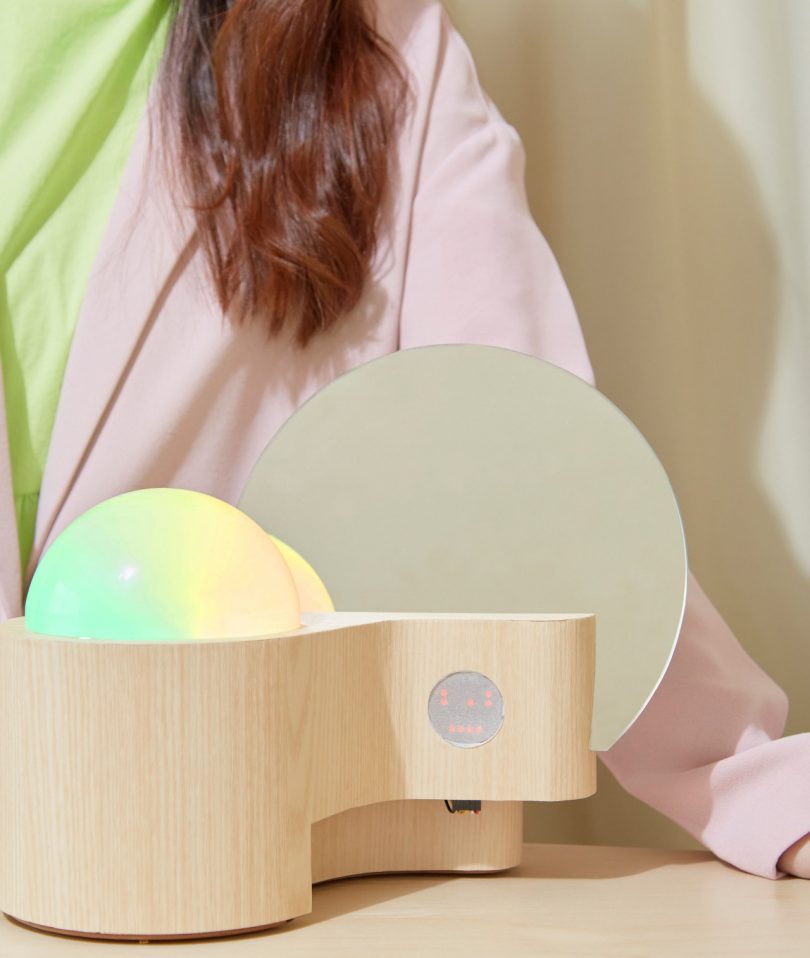 CODE Studio describes the premise and characteristics of their emotional lighting functions as:

• The mirror gives us the opportunity to reflect ourselves by looking from the outside in.
• Interactive devices to provide users with responses such as sensor, emoticon display and possibly connect to a web application in the future.
• Color lighting stands for different emotions such as white (normal), yellow (happy), red (angry), blue (sad), green (boring), purple (fearful).
• IOT calculates the average result of data and visualizes it in the color form with a gradient to show the mixture of emotions.
• For the cover, we use free-form profiles that are inspired by the movement of emotions.

As mentioned above, the concept envisions establishing a connection with a mobile app in order to work in conjunction with smartphones and / or smartwatches, which are probably already actively and passively a wealth of data about user emotions through facial expressions, heart rate and even emoji and Collecting emoticons is used for SMS. 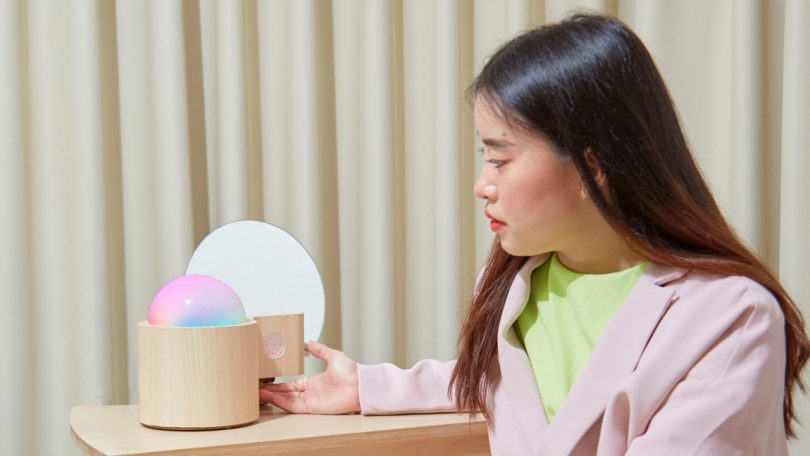 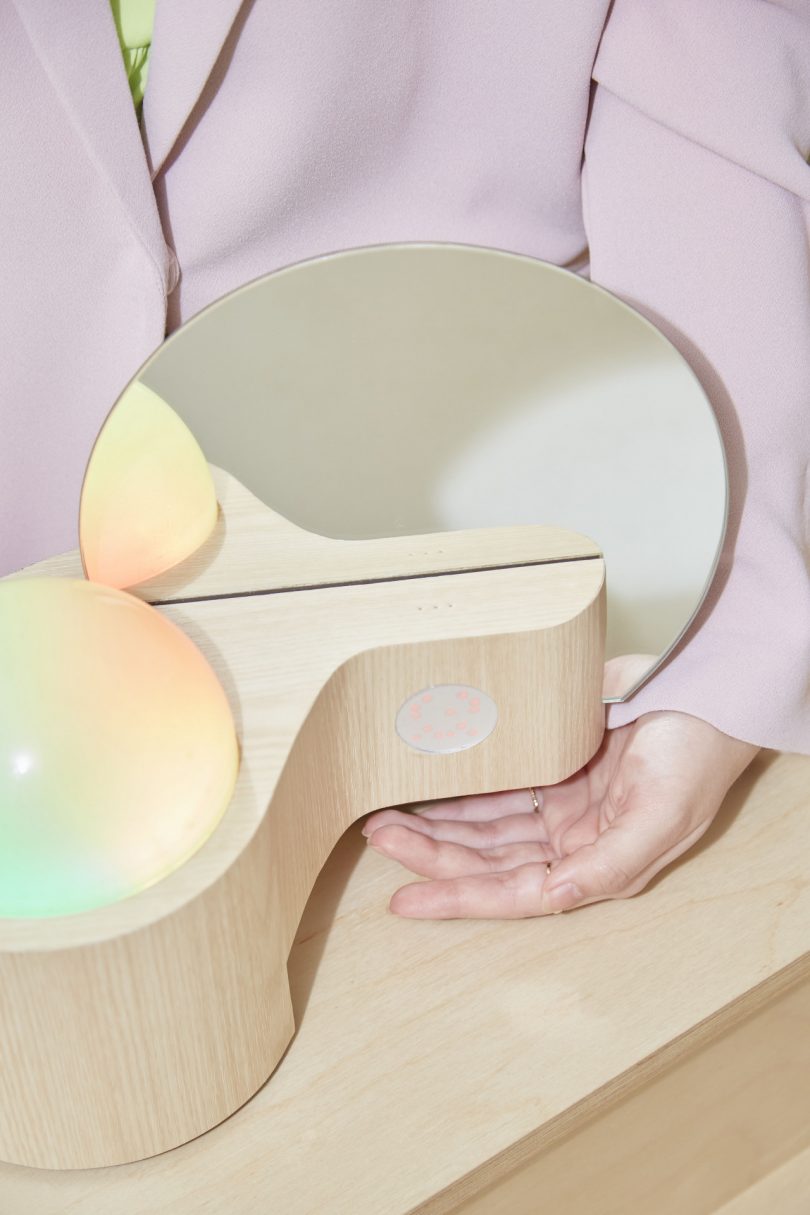 The Emotion Collector is one of the participating designs exhibited as part of the Design Plant 2021 exhibition at ATT19 in June during Bangkok Design Week 2021.

Interest Rates on Federal Student Loans Will Rise in July

What Convinced Me to Start Wearing Sun Protection