The revolution that is unfolding across the automotive industry is well established and covered, with new models coming on the electrified horizon almost every month. But there is also something of a renaissance in design within the motorcycle category as two-wheelers move away from the traditional gas engine. Case in point: the DAB motor CONCEPT-E comes onto the market as the company’s first electric motorcycle with a slim and minimalist silhouette that silently redefines the commuter bike with supermoto styling.

Designed in collaboration with industrial design agency Outercraft, whose previous experience in making the Coleen electric bike has undoubtedly contributed to the design of the more significant CONCEPT-E design, it is based on the dynamics of horizontal and sloping lines that overlie the shape of this light urban Commuters are visible. Paired with the characteristic “flying back” silhouette from DAB Motors, the sum of these design details offers an impression of speed and lightness that culminates in the rear of the motorcycle’s sharply angled back, crowned by a saddle made of ripstop, an extremely hard-wearing textile that typically used for yacht sails and technical clothing. 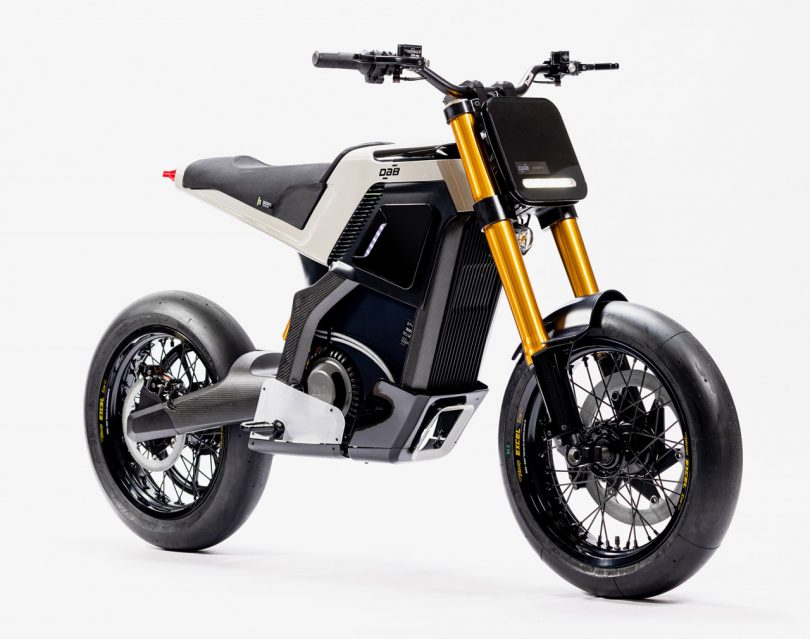 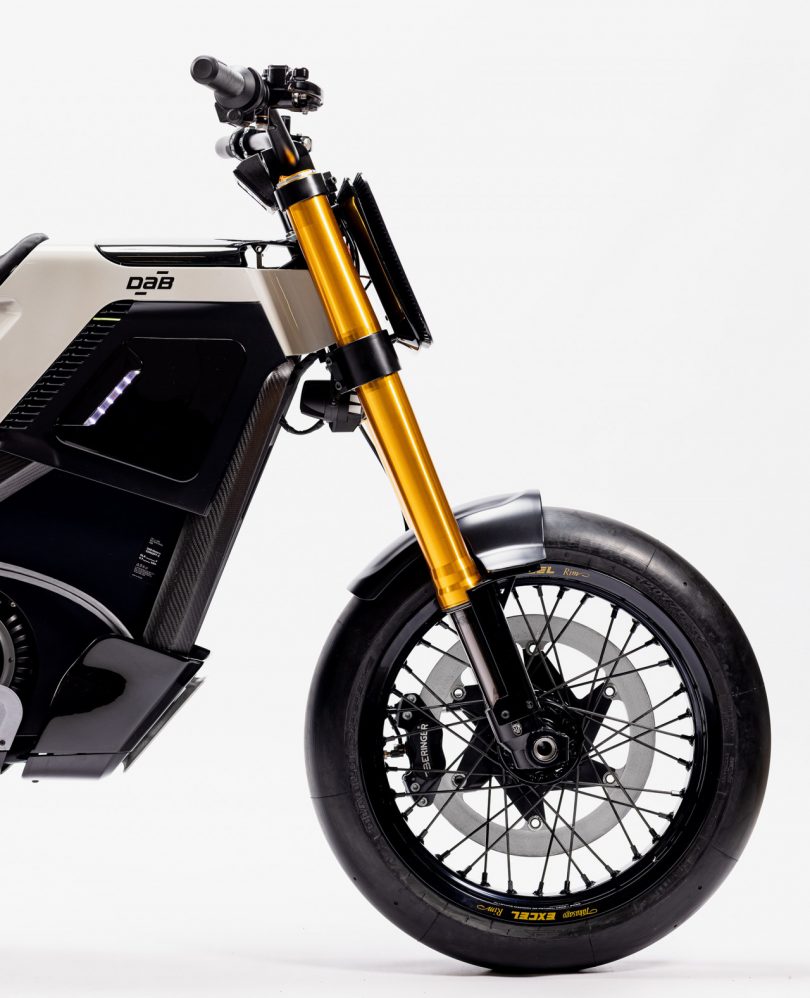 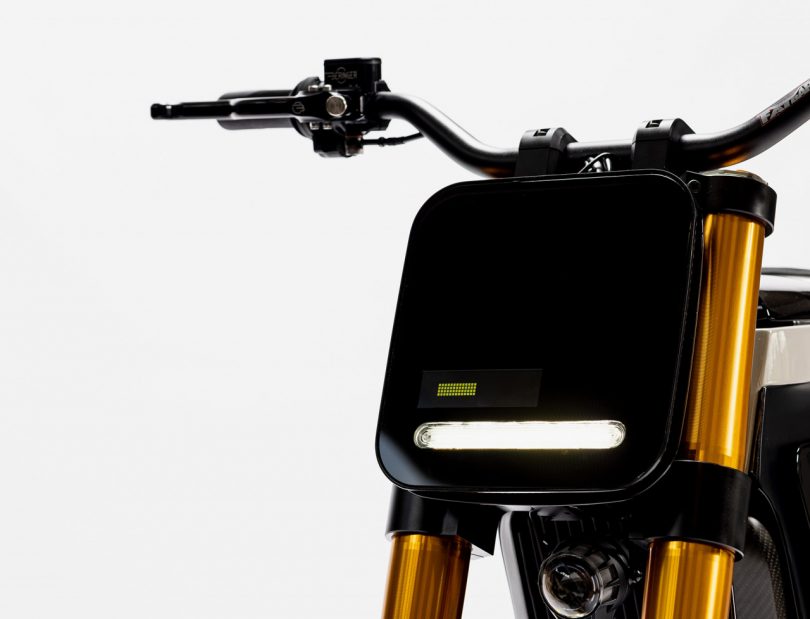 Perhaps the most divisive design detail is the tablet-like front that houses a wide headlight. 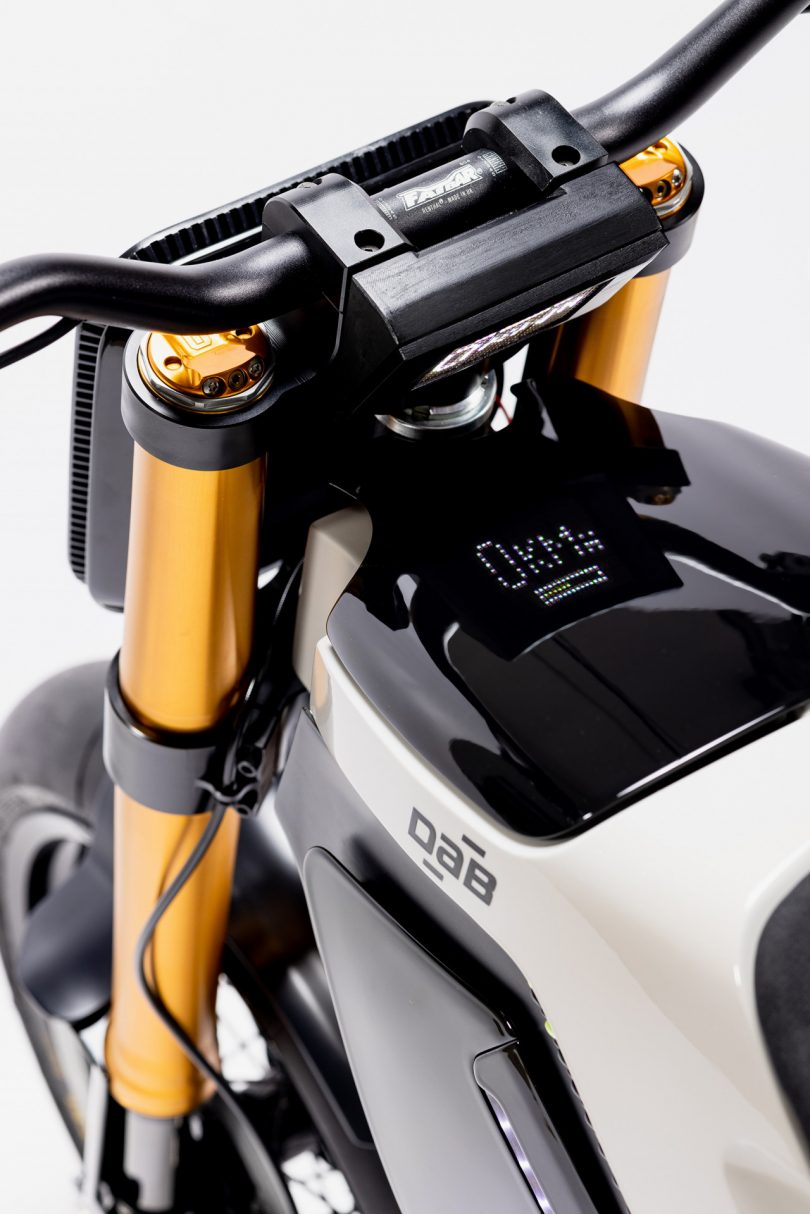 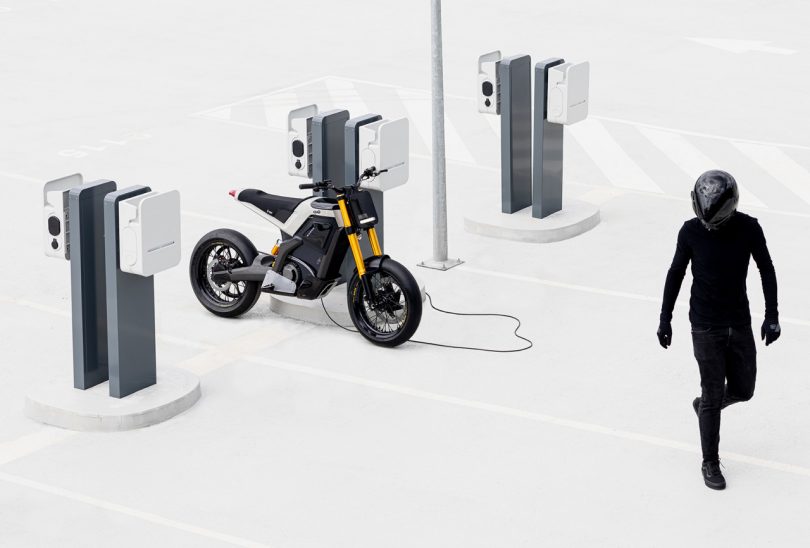 With a 10 kW motor and a 51.8 V lithium-ion battery, the DAB Concept-E should offer a range of around 110 kilometers, enough to make it a daily commuter or leisure weekend getaway.

The French motorcycle manufacturer’s team of designers and engineers paid special attention to the assembly of the swing arm and dashboard of the electric motorcycle and integrated cables into a streamlined and minimalist body. Instead of a gas tank, an LED speedometer sits right in the bike’s triple clamps – also called the triple clamp or triple clamp and the part that connects the front wheel to the motorcycle frame – and displays speed and battery power on the body of the bike.

The creation of an electric model allows freedom from the usual motorcycle design codes. Integration constraints, different from those of a gasoline motorcycle, allow us to use sober and fluid lines that place the CONCEPT-E in a technological urban universe.

DAB Motors CONCEPT-E describes their first electric vehicle “as an object, not just as a traditional motorcycle”. As this design currently only exists as a concept being explored as a keystone for the brand’s future functional aesthetics, we are excited to see future related versions of the design hit the market.