What Some Companies Are Saying About Back-to-Office Plans: Live Updates

Some big employers are making plans to call employees back to the office, but others are waiting.Credit…Gregg Vigliotti for The New York Times

At one point the target was the start of 2021. Then it was bumped to July. Now September is the new date that many companies have circled on the calendar for bringing back office workers who have been working remotely for the past year.

Maybe. Companies are wary of setting hard deadlines, recent reporting by The New York Times found. Some corporations are reopening offices in the spring, and many are saying they will remain flexible, staging returns over several months and planning to allow some workers to continue to work from home. As nerve-racking as it was last year to be abruptly torn from their desks, many people find the prospect of returning distressing.

Here is what some of the country’s biggest companies are telling their workers.

IBM, which employs about 346,000 people, hasn’t set a strict timeline for when its U.S. workers will return to the office. It expects about 80 percent of its employees to work with some combination of remote and office schedules, depending largely on role.

The bank, which has more than 20,000 office employees in New York City, has told employees that the five-day office workweek is a relic. The bank is considering a rotational work model, meaning employees would rotate between working remotely and in the office.

The consulting firm, which has about 284,000 employees, is set to open one office in each of its major cities in May, and all of its offices in September. Even when the offices are formally reopened, PwC will allow some workers, depending on their job, to work remotely at least part time.

Most of Walmart’s 1.5 million employees work at the retail giant’s stores, and a vast number have continued to go in to their workplace throughout the pandemic. It said on March 12 that it would start bringing workers back at its Bentonville, Ark., office campus no earlier than July. Its global technology employees will continue to work virtually “for the long term.”

At Wells Fargo, 60,000 employees have worked at bank branches and other facilities during the pandemic, but 200,000 more have worked remotely. The company told its staff in a memo last month that it had set a Sept. 6 return-to-office target and was “optimistic” that conditions surrounding Covid-19 vaccinations and case levels would allow it to keep it. 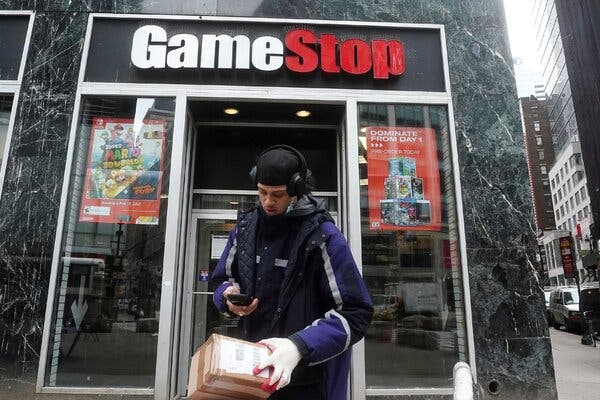 GameStop said it would sell additional stock, up to 3.5 million shares, to finance its move online retailing and to support its finances.Credit…Carlo Allegri/Reuters 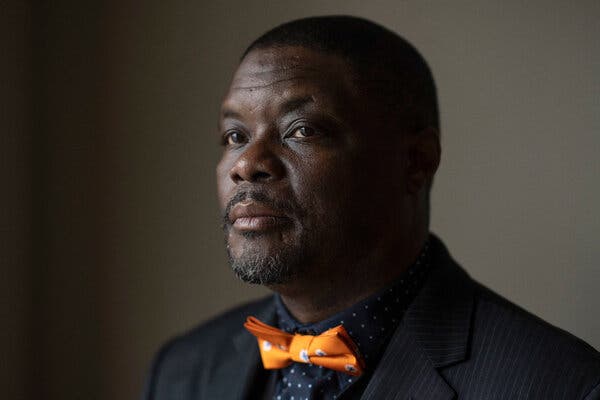 Shaundell Newsome of Small Business for America’s Future said changes were needed throughout the banking industry to improve outcomes for Black owners.Credit…Bridget Bennett for The New York Times

“The focus at the outset was on speed, and it came at the expense of equity,” said Ashley Harrington, the federal advocacy director at the Center for Responsible Lending.

The aid program’s rules were mostly written on the fly, and reaching harder-to-serve businesses was an afterthought. Structural barriers and complicated, shifting requirements contributed to a skewed outcome, The New York Times’s Stacy Cowley reports.

In the program’s final weeks — it is scheduled to stop taking applications on May 31 — President Biden’s administration has tried to alter its trajectory with rule changes intended to funnel more money toward businesses led by women and minorities. But those revisions have run into their own obstacles, including the speed with which they were rushed through. Lenders, caught off guard, have struggled to carry them out.

“Historically, access to capital has been the leading concern of women- and minority-owned businesses to survive, and during this pandemic it has been no different,” Jenell Ross, who owns an auto dealership, told a House committee. 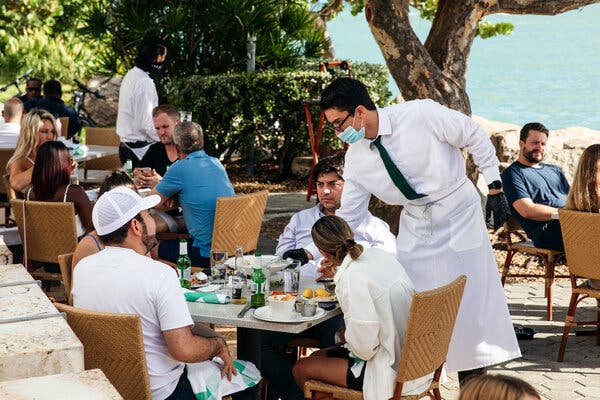 The United States is particularly important to the world economy because it has long spent more than it sells.Credit…Scott McIntyre for The New York Times

The United States and its record-setting stimulus spending could help haul a weakened Europe and struggling developing countries out of their own economic morass.

American buyers are spurring demand for German cars, Australian wine, Mexican auto parts and French fashions. And many Americans have spent their stimulus checks on video game consoles, exercise bicycles or other products made in China.

“When the U.S. economy is strong, that strength tends to support global activity as well,” said Jerome H. Powell, the chair of the Federal Reserve.

But some hazards lurk. The slow pace of the European Union’s vaccination campaign will probably hurt its economy. Poorer and smaller countries, facing severely limited vaccine supplies and fewer resources to support government spending, are likely to struggle to stage an economic turnaround even if the U.S. recovery increases demand for their exports. 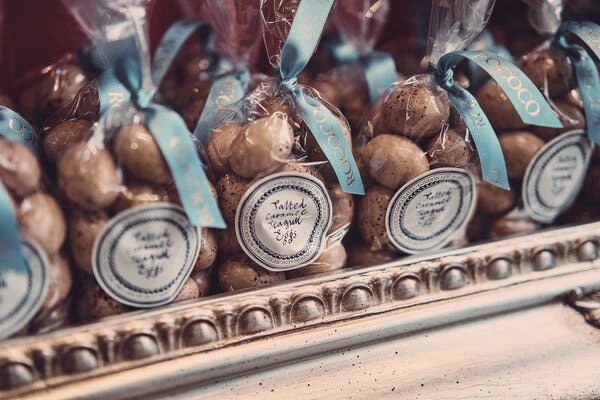 Chocolate is Britain’s second-largest food and drink export, after whiskey.Credit…Tom Jamieson for The New York Times

“We have customers complain to us all the time, ‘Why can’t I buy my favorite British chocolate?’” said Hishem Ferjani, the founder of Choco Dealer in Bonn, Germany, which supplies grocery stores and sells through its own website. “We have store owners with empty shelves.”

“We have to explain, it’s not our fault, it’s not the fault of the producer. It’s Brexit,” he said.

Chocolate is Britain’s No. 2 food and drink export, after whiskey, according to the Food and Drink Federation. Chocolate exports to all countries hit $1.1 billion last year, and Europe accounts for about 70 percent of those sales. In January, exports of British chocolate to Europe fell 68 percent compared with the same period the year before.

The trade deal struck late last year with the European Union has not saved British companies from a maddening, unpredictable array of time-consuming, morale-sapping procedures and from stacks of paperwork that have turned exporting to the E.U. into a sort of black-box mystery. Goods go in and there is no telling when they will come out.

Around 50 groups have filed amicus briefs in a coming Supreme Court case pitting charities against the state of California in a fight over donation disclosures. The Capitol riot on Jan. 6 put a spotlight on corporations’ direct and indirect political donations; justices agreed on Jan. 8 to hear the case and arguments will take place later this month.

A new brief from 15 Democratic senators warned the court that siding with the charities will increase the political influence of wealthy individuals and corporations, the DealBook newsletter reports.

Business interests want to create a “broad expansion of dark money rights,” the brief stated, referring to untraceable donations that are often routed via nonprofit groups. The court case is an influence campaign disguised as a technical legal fight, the senators said. The case pits California against a charity, the Koch-affiliated Americans for Prosperity Foundation, over private access to tax documents. The Chamber of Commerce and National Association of Manufacturers are among the trade groups supporting the foundation’s demand for anonymity.

Anonymous donors work like covert intelligence operations, the senators wrote. The donors give millions annually to “social welfare” groups that spend it in an effort to influence politics and policy. The senators pointed to congressional appropriations rules blocking disclosure efforts by the I.R.S. and S.E.C. over the past decade as evidence that the groups have swayed lawmakers behind the scenes. They also cite the number of amicus briefs filed as evidence of this issue’s significance, noting that briefs are an element of the business lobby’s influence campaigns.

The federal government is siding with California, more or less, telling the justices in a brief that the charities’ constitutional claim is wrong but that the case should be sent back to the lower courts for more analysis. 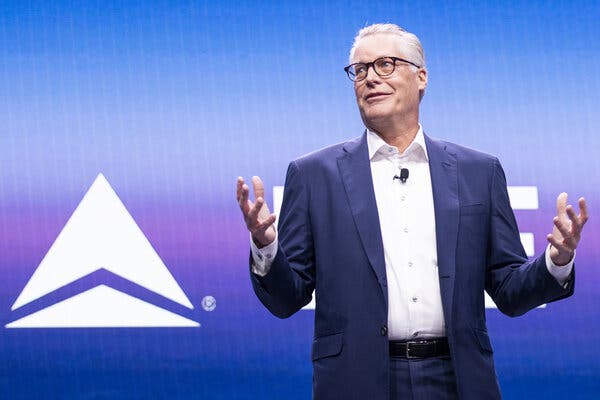 Ed Bastian, the chief executive of Delta Air Lines, abandoned all pretense of neutrality last week about the Georgia voting law. “The entire rationale for this bill was based on a lie,” he told employees.Credit…Etienne Laurent/EPA, via Shutterstock

Corporations have increasingly taken social and political stands, often spurred by the policies of former President Donald J. Trump. But the fight over voting laws, like the one recently passed in Georgia that restricts ballot access in several ways, has again thrust big businesses into partisan politics, pulled by Democrats focused on social justice and Republicans who have proven willing to punish those that cross them.

In Georgia, Delta tried to stay out of the fight at first. The airline is the state’s largest employer, and civil rights activists reached out to the company in February, flagging what they saw as problematic provisions in the Georgia voting law. The next month, Delta’s lobbyists pushed state lawmakers to remove some of the provisions, although Ed Bastian, the carrier’s chief executive, spoke out only in general terms until the bill was passed.

Then a group of more than 70 Black executives published a letter decrying the law and others like it in the works. The former American Express chief executive Kenneth Chenault, who is Black, spoke at length with Mr. Bastian. Mr. Bastian wrote a strongly worded memo that was sent to staff members the next morning, expressing “crystal clear” opposition to the law, which he said was “based on a lie.” Coca-Cola’s James Quincey quickly followed. The companies subsequently faced more criticism from Republican leaders than did other big Atlanta employers, like Home Depot and UPS, that stuck to less-specific statements about voting rights.

More fallout from the Georgia law:

New Rule Raises Question: Who’ll Pay for All the Covid…

We Asked Daves About Dave, Marcus and Other First-Name…