This week’s DMTV Milkshake guest is Felecia Davis, designer at Felecia Davis Studio, Associate Professor at the Stuckeman Center for Design Computing at the School of Architecture and Landscape Architecture at Pennsylvania State University, and Director of [email protected]

In this episode, Davis shares her cross-genre work, research, and design advocacy – some of which can be seen through May 31 at the Museum of Modern Arts’ Reconstructions: Architecture and Blackness in America exhibition.

MoMA attendees will have the opportunity to personally explore Davis’ dense, multi-layered work with textiles and interact directly with two parts of a larger project: Fabricating Networks: Broadcasts and Receptions from Pittsburgh’s Hill District, 2021. The first, a “broadcast blanket” narrates Stories from the residents of Pittsburgh’s Hill District as the spectators touch the quilt themselves. Another piece, the flower antenna, has a pink copper mesh that picks up electromagnetic waves – for example from the iPhones of the bypass players – and converts them into high-pitched sound.

View under the flower antenna, by Felecia Davis. Photo by Germane Barnes, © 2021, Museum of Modern Art, Reconstructions: Architecture and Blackness in America. This is from the Fabricating Networks project: Broadcasts and Receptions from Pittsburgh’s Hill District, 2021.

This project uses textiles to explore the invisible electromagnetic waves that shape people’s lives. There are two parts.

The first is a broadcast quilt that broadcasts stories about the Hill District in Pittsburgh, PA. The quilt is activated by touch and the little speaker plays the stories through each panel. This quilt is said to be a seed to be developed in collaboration and conversation with residents of the Hill District neighborhoods after the Covid-19 pandemic. 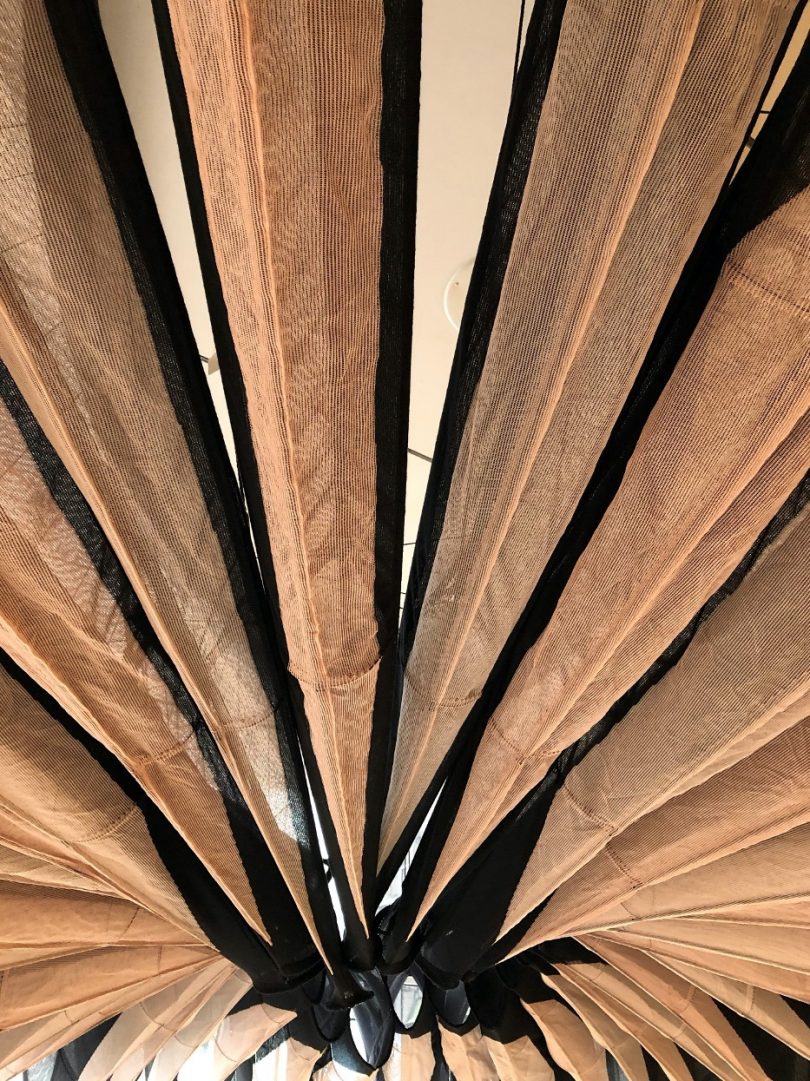 View under the flower antenna, by Felecia Davis. Photo by Sean Anderson, © 2021, Museum of Modern Art, Reconstructions: Architecture and Blackness in America. Pink copper thread enables the antenna to pick up electromagnetic signals.

“We develop computer textiles – textiles in which sensors, microcontrollers and other electronics are woven or embedded into the fibers and fabrics in order to pass information on to people.”

Davis’ research has wide-ranging functional applications in hospitals and other institutions, not just museums. “We develop computer textiles – textiles in which sensors, microcontrollers and other electronics are woven or embedded into the fibers and fabrics in order to pass information on to people,” she says. “We are very happy about natural materials that also have properties that can pass information on to people. Over the past five years there has been an explosion of people looking into things like biodegradable microcontrollers that we can include in our work. We now have prototypes that work and are ready to connect with communities outside of our lab to try out some of our pieces – like wearable leggings or wearable tops. “

Davis’ other roles include a founding member of the Black Reconstruction Collective, a nonprofit group of black architects, scientists, and artists who facilitate design work across the black diaspora. “I would say the most valuable thing the Black Reconstruction Collective is doing is looking into the black emancipation project that is incomplete these days,” says Davis. This relief ranges from providing financial support to promoting a sense of shared intellectual research. “This work will generate new knowledge about this type of larger project of black emancipation and blackness,” says Davis. “As a group, we are interested in inviting people to open forums so that this project can be fully discussed.” 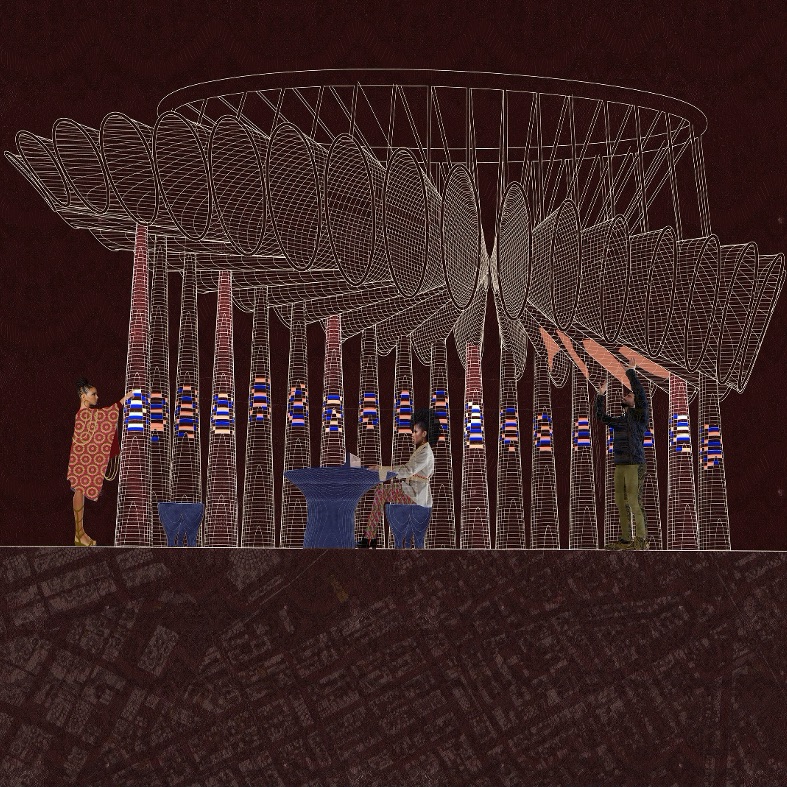 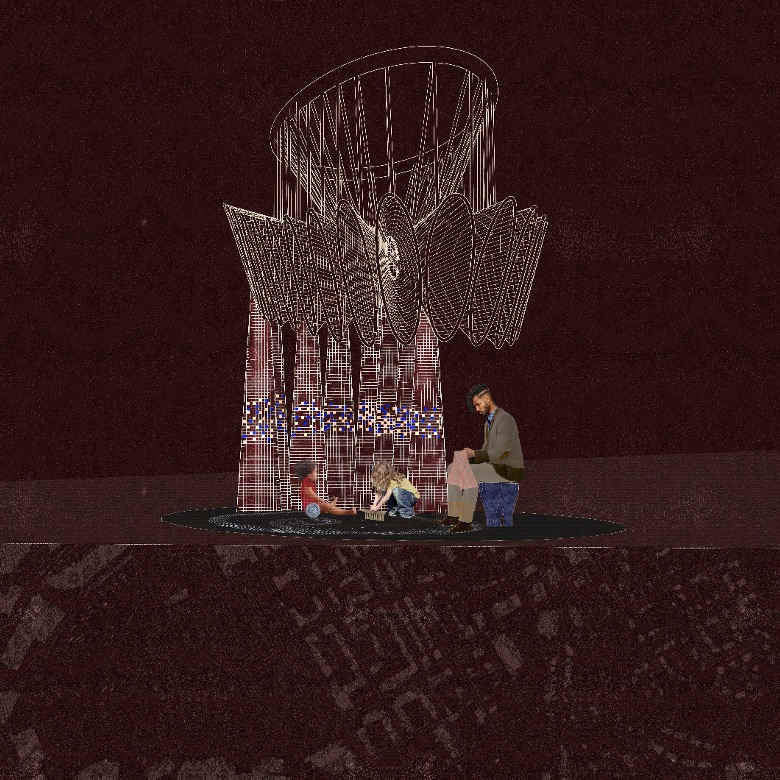 Milkshake, the first regular series from DMTV (Design Milk TV), shakes up the traditional interview format by asking designers, creatives, educators and industry professionals to randomly select interview questions from their favorite bowl or container. During their open discussions you will not only get an insight into their personal housewares collections, but also valuable insights into their work, their lives and their passions.

Retail investor ranks in the stock market continue to surge

President Biden meets with CEOs from J&J and Merck